The Lens and the Looker: Review 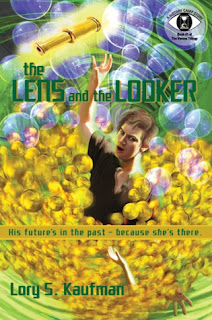 From Goodreads:
There's hope for the future, but what about the past?

It's the 24th century and humans, with the help of artificial intelligences (A.I.s) have finally created the perfect post-dystopian society. To make equally perfect citizens for this world, the elders have created History Camps, full sized recreations of cities from Earth's distant pasts. Here teens live the way their ancestors did, doing the same dirty jobs and experiencing the same degradations. History Camps teach youths not to repeat the mistakes that almost caused the planet to die. But not everything goes to plan.

In this first of a trilogy, we meet three spoiled teens in the year 2347. Hansum almost 17, is good looking and athletic. Shamira, 15, is sassy, independent and an artistic genius. Lincoln, 14, is the smart-aleck. But you don’t have to scratch too far beneath the surface to find his insecurities.

These three "hard cases" refuse the valuable lessons History Camps teach. But when they are kidnapped and taken back in time to 1347 Verona, Italy, they only have two choices; adapt to the harsh medieval ways or die. The dangers are many, their enemies are powerful, and safety is a long way away. It's hardly the ideal environment to fall in love – but that's exactly what happens. In an attempt to survive, the trio risks introducing technology from the future. It could save them – or it could change history.

My Review:
Oh, I really enjoyed reading this book! The characters were realistic, and the plot was fantastic, if it's going to be heart-breaking with all that they have to go through, and all. The past was described with a detail that made me very glad that was born in the last 10 years of the 20th century!

First off, this book is kinda my fantasy. I mean, the whole going back in time thing. Not the whole trapped thing. Lots of times, when I read historical books, I imagine what it'd be like to go back to then, and changing things. And yeah, while there wasn't a lot of change, towards the end, there was the start of that!

I enjoyed the details, and with that, the characters, they were just hilarious, in their differences, and yeah, I can see very clearly why this is the first book in the series, because yeah, I really can't wait to read and review the next book, The Bronze and the Brimstone!

Really enjoyed this book so much, it was so entertaining! 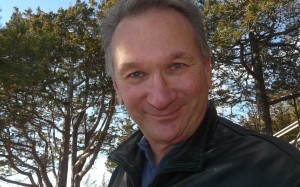 Bio:
“I write Post-Dystopian fiction. After society’s collapse, which is imagined in so many great dystopian stories, humans will either fade into history, with the dinosaurs, or, if it learns the right lessons, society will go on to construct a civilization to last tens of thousands of years. History Camp stories are the exciting adventures of young people doing the latter.” -Lory Kaufman

On the artistic side of Lory’s career, he’s written, acted and directed children’s theatre and musical theatre. He enjoys art, especially sculpture. He loves science fiction and historical fiction and he has been deeply involved in the green movement all across North America. All this shows through when you read his work. Lory has three grown children and works and lives in Kingston, Canada.

To find out more about Lory visit History Camp

Tuesday, February 7
Book Reviewed at Everday is an Adventure

Tuesday, February 21
Book Reviewed at Everyday is an Adventure

Tuesday, February 28
Book Reviewed at Reviews From the Heart
Posted by Louisa @ Words I Write Crazy at 12:00 AM