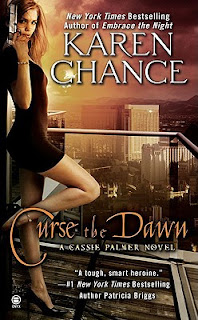 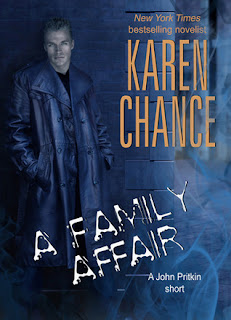 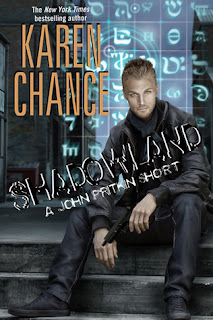 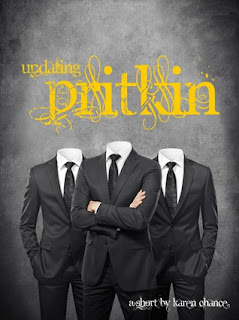 From Goodreads:
Cassandra Palmer may be the all-powerful Pythia now, but that doesn't mean people have stopped trying to kill her. Most of the supernatural power players don't want the independent minded Cassie as chief clairvoyant—and they'll stop at nothing to see her six feet under.

The Vampire Senate does support Cassie in her position, but their protection comes with a price: an alliance with the sexy master vampire Mircea, who has claimed Cassie as his own.

But even the vampires will have trouble keeping Cassie alive now that the self-styled god Apollo, the source of the Pythia's power, has it in for her in a big way. To save her life—and the world—Cassie's going to have to face down her creator…

From Goodreads:
"A Family Affair" is a novella connected to the New York Times bestselling Cassandra Palmer series of urban fantasy novels. It is designed primarily as an "added feature" to the series, and is intended for those already reading the books.

From Goodreads:
"Updating Pritkin" was originally done as the conclusion to a contest on the blog (you can find the contest on the Funny tab of the News page, but it's not needed for enjoying the story).

My first review of Curse the Dawn
My Review:
Gah, these stories are so good! Loved reading them again, they were hilarious and awesome and just part of a series that I love so much that  is just so freaking good! Cassie has so many adventures, and not all of them are full length novels, but she still has them!

Facing off against a god, even if that isn't what she knows in the beginning, is a pretty big thing, and it's going to have consequences. So there was the whole complication of the ley line being overloading and exploding over MAGIC's headquarters, which is important for a few things!

And it's kinda funny how easy it was to defeat him, because they only had to lead him on a chase, because he was weakened getting into our world, and sic the soul-eating demons on him, as well as the vortex of ley lines! Just awesome!

Loved reading the short stories again, because they were hilarious, and they brought us into the demon worlds, which is pretty important! I loved both Cassie's response to living the same time over and over again, and then how Pritkin updated himself, because yeah, not what they were expecting!

Loved reading these, and I can't wait to read more! I need more!