Week 27 Reviews:
Deadmen Walking
Death Doesn't Bargain
At Death's Door
Red Hood
The Recitation of the Most Holy and Harrowing Pilgrimage of Mindy and Also Mork
Tricks for Free
That Ain't Witchcraft
The Measure of a Monster
A Lady in Disguise

Random:
Elana K. Arnold Author Page
We Have the Title of Sigma Force #15!!!!

OK, so I got 18 posts in 7 days, which is a pretty good week, because there were some really great books! What about you guys? Happy reading! 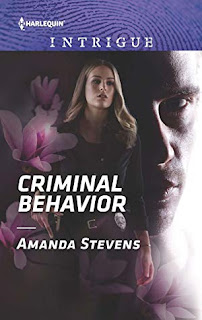 Together, can they find the Twilight Killer…

Before he finds them?

Special Agent Ethan Barrow’s father was the most brilliant FBI profiler of all time. Now he’s in a psychiatric ward, committed for the very crimes he cased. But new evidence leads Ethan straight to Detective Adaline Kinsella—the woman he had a past with ten years earlier. Addie can trust evidence…even if she can’t trust the emotions Ethan elicits. Can she now put the past aside to bring the real Twilight Killer to justice? 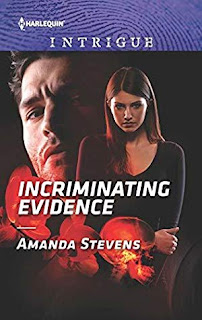 Sometimes secrets are better left in the past

Renowned anthropologist Catherine March fears she's the biological daughter of a convicted serial killer. Tormented for years by nightmares and vague memories, she'd make a deal with the devil to investigate her mysterious adoption. Nick LaSalle eagerly takes the case, determined to prove someone is willing to kill to keep Catherine's past buried. But when the evidence hits too close to Nick's home, he has a choice to make—uncover the truth or protect his reputation and family name… 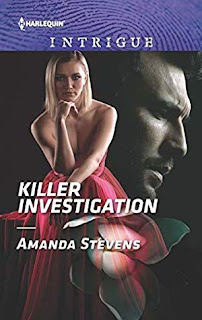 Some things you never forget…
Because they'll never let you.

Minutes after Arden Mayfair returns to her hometown, lawyer Reid Sutton appears on her doorstep. He warns her of the murder of a young woman, which closely resembles that of Arden's mother. Reid may be the man Arden left behind, but he's taking no chances with her safety. She could have seen her mother's killer. And the heartbreaking past between them won't stop Reid from protecting Arden with his own life. 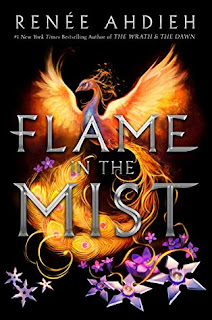 The only daughter of a prominent samurai, Mariko has always known she'd been raised for one purpose and one purpose only: to marry. Never mind her cunning, which rivals that of her twin brother, Kenshin, or her skills as an accomplished alchemist. Since Mariko was not born a boy, her fate was sealed the moment she drew her first breath.

So, at just seventeen years old, Mariko is sent to the imperial palace to meet her betrothed, a man she did not choose, for the very first time. But the journey is cut short when Mariko's convoy is viciously attacked by the Black Clan, a dangerous group of bandits who've been hired to kill Mariko before she reaches the palace.

The lone survivor, Mariko narrowly escapes to the woods, where she plots her revenge. Dressed as a peasant boy, she sets out to infiltrate the Black Clan and hunt down those responsible for the target on her back. Once she's within their ranks, though, Mariko finds for the first time she's appreciated for her intellect and abilities. She even finds herself falling in love—a love that will force her to question everything she's ever known about her family, her purpose, and her deepest desires. 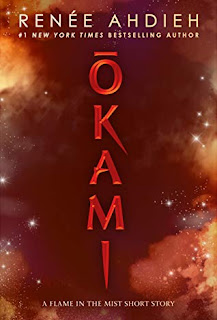 At the close of Flame in the Mist, to end a bloodbath between the Black Clan and imperial soldiers, Ōkami allows himself to be taken prisoner by Prince Raiden, Mariko's betrothed. For someone who doesn’t believe in heroes, it's a surprising choice: to trade his life for the lives of his friends and the one he loves. For he will surely be killed when he arrives in the Imperial City. But he decides if his life is the cost of love, it may not be too high a price after all. 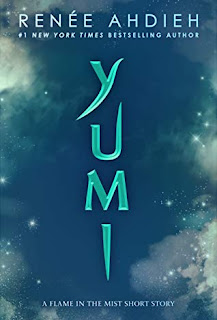 When Yumi receives word of the battle led against her brother and the Black Clan by Prince Raiden and the Dragon of Kai, and of Ōkami's sacrifice, she resents the bars of her gilded cage all the more. She's tired of being a sheltered bird, protected in the Hanami. What Yumi really wants is to strike a blow against all the forces that control her life. The time has come. 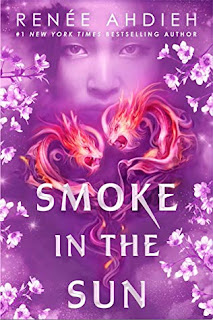 After Okami is captured in the Jukai forest, Mariko has no choice--to rescue him, she must return to Inako and face the dangers that have been waiting for her in the Heian Castle. She tricks her brother, Kenshin, and betrothed, Raiden, into thinking she was being held by the Black Clan against her will, playing the part of the dutiful bride-to-be to infiltrate the emperor's ranks and uncover the truth behind the betrayal that almost left her dead.

With the wedding plans already underway, Mariko pretends to be consumed with her upcoming nuptials, all the while using her royal standing to peel back the layers of lies and deception surrounding the imperial court. But each secret she unfurls gives way to the next, ensnaring Mariko and Okami in a political scheme that threatens their honor, their love and the very safety of the empire. 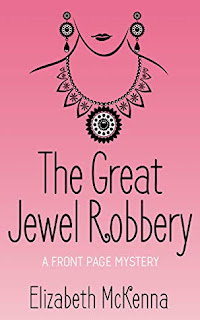 Mystery with a splash of romance…
Chicago Tribune reporters Emma and Grace have been best friends since college despite coming from different worlds. When Grace is assigned to cover an annual charity ball and auction being held at a lakeside mansion and her boyfriend bails on her, she brings Emma as her plus one. The night is going smoothly until Emma finds the host’s brother unconscious in the study. Though at first it is thought he was tipsy and stumbled, it soon becomes clear more is afoot, as the wall safe is empty and a three-million-dollar diamond necklace is missing. With visions of becoming ace investigative journalists, Emma and Grace set out to solve the mystery, much to the chagrin of the handsome local detective. 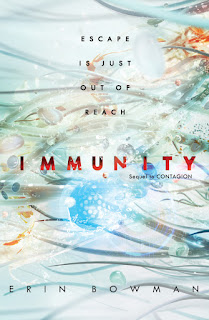 They thought their nightmare was over, but Thea, Coen, and Nova's rescue was only the beginning. After being imprisoned on a ship they thought was their ticket to safety, it's clear that the threat they left behind isn’t as distant as they'd hoped—and this time the entire galaxy is at risk.

Now that threat is about to be unleashed as an act of political warfare. To prevent an interstellar catastrophe, the survivors must harness the evil they faced on the planet Achlys and learn to wield the only weapon they have left: themselves.

The first installment in Erin Bowman's duology earned a starred review from Publishers Weekly, who called the plot "intricate and action-packed," and fans of Jonathan Maberry, Rick Yancey, and Madeline Roux will relish in Bowman's tense, high-stakes conclusion to the events of Contagion. 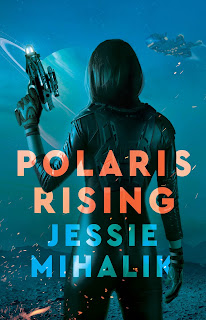 A space princess on the run and a notorious outlaw soldier become unlikely allies in this imaginative, sexy space opera adventure—the first in an exciting science fiction trilogy.

In the far distant future, the universe is officially ruled by the Royal Consortium, but the High Councillors, the heads of the three High Houses, wield the true power. As the fifth of six children, Ada von Hasenberg has no authority; her only value to her High House is as a pawn in a political marriage. When her father arranges for her to wed a noble from House Rockhurst, a man she neither wants nor loves, Ada seizes control of her own destiny. The spirited princess flees before the betrothal ceremony and disappears among the stars.

Ada eluded her father's forces for two years, but now her luck has run out. To ensure she cannot escape again, the fiery princess is thrown into a prison cell with Marcus Loch. Known as the Devil of Fornax Zero, Loch is rumored to have killed his entire chain of command during the Fornax Rebellion, and the Consortium wants his head.

When the ship returning them to Earth is attacked by a battle cruiser from rival House Rockhurst, Ada realizes that if her jilted fiancé captures her, she'll become a political prisoner and a liability to her House. Her only hope is to strike a deal with the dangerous fugitive: a fortune if he helps her escape.

But when you make a deal with an irresistibly attractive Devil, you may lose more than you bargained for . .
Posted by Louisa @ Words I Write Crazy at 6:00 AM