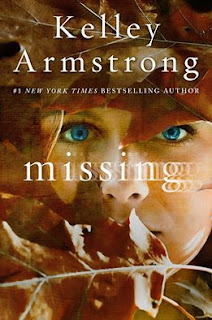 Missing by Kelley Armstrong
Expected Publication: April 18th, 2017
From Goodreads:
The only thing Winter Crane likes about Reeve’s End is that soon she’ll leave it. Like her best friend did. Like her sister did. Like most of the teens born in town have done. There’s nothing for them there but abandoned mines and empty futures. They’re better off taking a chance elsewhere.

The only thing Winter will miss is the woods. Her only refuge. At least it was. Until the day she found Lennon left for dead, bleeding in a tree.

But now Lennon is gone too. And he has Winter questioning what she once thought was true. What if nobody left at all? What if they’re all missing? 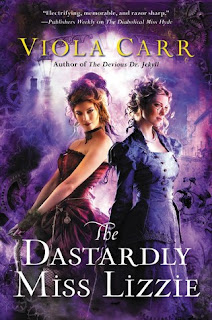 Being two people in one body isn’t easy. Metropolitan Police crime scene physician Eliza Jekyll is trying to maintain a semblance of control, even as her rebellious second self, Lizzie, grows increasingly wild—threatening the respectable Eliza’s reputation and her marriage to Remy Lafayette, the Royal Society investigator and occasional lycanthrope. With England on the brink of war, Remy’s away in sorcery-riddled Paris on a secretive mission that grows ever more sinister. Has he been an enemy agent all along? Or is coping with her secret divided self finally driving Eliza mad?

Eliza needs her mind clear and sharp if she’s to catch an evil genius who is killing eminent scientists. The chase uncovers a murky world of forbidden books, secret laboratories, and a cabal of fanatical inventors whose work could change the world—or destroy it—and who may hold answers to Eliza’s mysterious past.

As sorcery-wielding terrorists attack London, Eliza discovers her own enemies are closing in, driving her to desperate measures—enlisting the aid of the wily, resourceful, mercurial Lizzie—to thwart the killer. But Lizzie’s got her own life now, and true to her nature, will resort to the devious and diabolical to keep it. Even if it means throwing Eliza to the wolves, and letting the world burn. . .

Oh, yes, these books! I want to read them so badly! Their books are amazing! What about you guys? Happy reading!
Posted by Louisa @ Words I Write Crazy at 6:00 AM