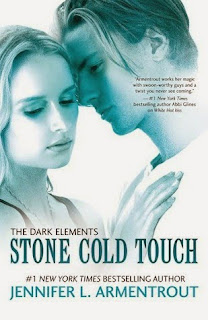 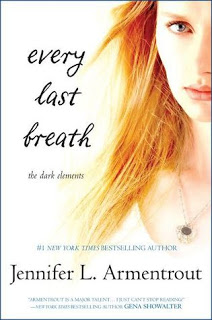 From Goodreads:
Every touch has its price

Layla Shaw is trying to pick up the pieces of her shattered life—no easy task for a seventeen-year-old who's pretty sure things can't get worse. Her impossibly gorgeous best friend, Zayne, is forever off-limits thanks to the mysterious powers of her soul-stealing kiss. The Warden clan that has always protected her is suddenly keeping dangerous secrets. And she can barely think about Roth, the wickedly hot demon prince who understood her in ways no one else could.

But sometimes rock bottom is only the beginning. Because suddenly Layla's powers begin to evolve, and she's offered a tantalizing taste of what has always been forbidden. Then, when she least expects it, Roth returns, bringing news that could change her world forever. She's finally getting what she always wanted, but with hell literally breaking loose and the body count adding up, the price may be higher than Layla is willing to pay…

My first review of Stone Cold Touch, Every Last Breath
My Review:
Oh, man, I enjoyed reading these books so much! It's been awhile since I last read them, and I'd pretty much forgotten what happened. Like that Thumper ate an Alpha. Or Layla getting her own tattoo. Yeah.

In Stone Cold Touch, we got to know Zayne a lot more, like White Hot Kiss was Roth's moment. Every Last Breath was the time for Layla to make her choice between the two. And yeah, I think she made the right one, her reasons and her emotions were sound.

One thing that I really enjoyed, was the story that we got about Lilith, why she is the way she is, and details, when they were considered thoroughly, helped make the final plan. I'd totally forgotten that, but it made sense, and made for a pretty satisfying ending!

In the end, there were a few things that I'd forgotten that weren't resolved. Or at least, resolved how I wanted them. Like, Bambi. I wish that they'd been able to get her back. But alas, it was not to be. Maybe it'll come up in the Harbinger series, though?

These books were just incredible, and I can't wait for Storm and Fury!