I Adored a Lord: Review From Goodreads:
Three very different sisters beguile society with their beauty and charm, but only one of them must fulfill a prophecy: marry a prince. Who is the mystery Prince Charming, and which sister will be his bride?

All that clever, passionate Ravenna Caulfield wants is to stay far away from high society's mean girls.

All that handsome, heroic Lord Vitor Courtenay wants is to dash from dangerous adventure to adventure.

Now, snowbound in a castle with a bevy of the ton's scheming maidens all competing for a prince's hand in marriage, Ravenna's worst nightmare has come true.

Now, playing babysitter to his spoiled prince of a half-brother and potential brides, Vitor is champing at the bit to be gone.

When a stolen kiss in a stable leads to a corpse in a suit of armor, a canine kidnapping, and any number of scandalous liaisons, Ravenna and Vitor find themselves wrapped in a mystery they're perfectly paired to solve. But as for the mysteries of love and sex, Vitor's not about to let Ravenna escape until he's gotten what he desires . . .

My Review:
This was a fantastic book! I really loved it, it was fun, and romantic, and just an awesome historical romance book, which I admit, I don't read as much of as YA, but yeah, this was a prime example of excellence in the genre!

And while it's a romance, it's also a mystery, because there's a dead body, and Ravenna was the sister described as a gypsy in the last book (and the author had a note about that in Duke) and so she wants to be a part of the investigation into the murder, which was just so much fun, because Vitor felt uncomfortable about that!

Seeing as this is the second book and all, we had a bit of an introduction to Ravenna, and the whole "marry a prince, find out about your past" thing, and yeah, Ravenna gets a chance to marry a prince in this book, but it's not like she's after the prestige of being a princess-she was tricked into the whole thing by her sister to fulfil the whole thing, but Ravenna, herself, didn't believe in it. So yeah, now it's just the oldest sister, Eleanor, to hopefully marry that prince!

Vitor, he was a closed off guy. He did his thing, going from incident to incident, to where he could be of help, and now he has to watch over his little brother, the prince, as said brother looks for a wife, but add being trapped with the potential brides, Ravenna, and a murder? Ravenna opened him up, and yeah, that was really great!

I really enjoyed this book (and who committed the murder) and yeah, I can't wait for the 3rd book! 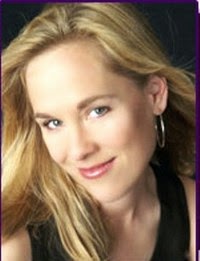 Bio:
Katharine Ashe writes lushly intense historical romances with a touch of adventure. Her novella HOW TO MARRY A HIGHLANDER is a 2014 RITA® Award Finalist, I MARRIED THE DUKE was nominated for Best Historical Romance of 2013 in the Reviewers' Choice Awards, and Amazon chose her HOW TO BE A PROPER LADY among the 10 Best Romances of 2012. She is the winner of the 2011 Reviewers' Choice Award for Best Historical Adventure and a 2013 Library of Virginia Literary Award nominee in Fiction.

Katharine lives in the wonderfully warm Southeast with her husband, son, dog, and a garden she likes to call romantic rather than unkempt. A professor of European history, she has made her home in California, Italy, France, and the northern US. She loves hearing from readers! Please visit her at www.KatharineAshe.com, or sign up for her monthly news briefs here: http://www.katharineashe.com/get-katharines-books-news/