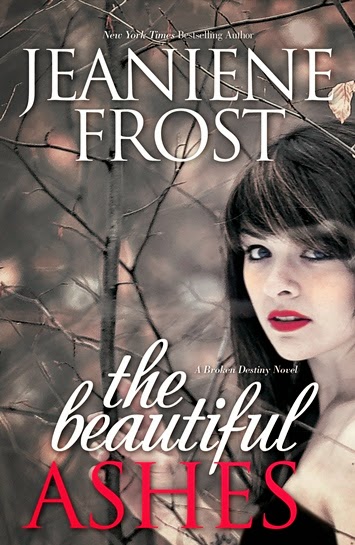 The Beautiful Ashes by Jeaniene Frost
Expected Publication: August 26th, 2014
From Goodreads:
In a world of shadows, anything is possible. Except escaping your fate.

Ever since she was a child, Ivy has been gripped by visions of strange realms just beyond her own. But when her sister goes missing, Ivy discovers the truth is far worse—her hallucinations are real, and her sister is trapped in a parallel realm. And the one person who believes her is the dangerously attractive guy who's bound by an ancient legacy to betray her.

Adrian might have turned his back on those who raised him, but that doesn't mean he can change his fate…no matter how strong a pull he feels toward Ivy. Together they search for the powerful relic that can save her sister, but Adrian knows what Ivy doesn't: that every step brings Ivy closer to the truth about her own destiny, and a war that could doom the world. Sooner or later, it will be Ivy on one side and Adrian on the other. And nothing but ashes in between… 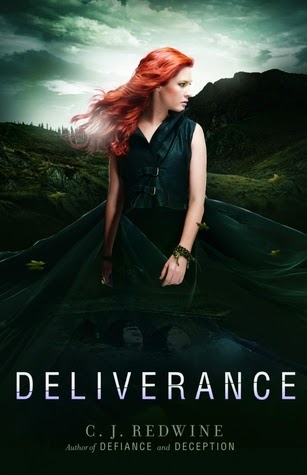 Deliverance by C.J. Redwine
Expected Publication: August 26th, 2014
From Goodreads:
Everything hangs in the balance, and nothing is certain: Rachel has been kidnapped by enemy forces and is being taken to Rowansmark while Logan, imprisoned and awaiting trial, is unable to leave Lankenshire. Separated from each other and their Baalboden comrades, each must find a way to achieve what they desperately want: to rid their world once and for all of the Commander and the tech that controls the deadly Cursed One.

Fighting through her pain and embracing the warrior she’s become, Rachel will do whatever it takes to escape her enemies’ clutches and join Logan in his fight. But when she learns a secret that changes everything, she realizes that escaping Ian and his tracker friends is no longer an option if she wants to save the people she loves. Instead, she’ll have to destroy Rowansmark from the inside out—if she can survive the journey through the Wasteland.

Logan needs allies if he wants to thwart Rowansmark’s power grab and rescue Rachel. But securing allies will mean betraying his beliefs and enlisting the help of the man he hates more than anyone: Commander Jason Chase. Driven by his fierce love for Rachel and his determination to make their world safe, Logan may be just the weapon the city-states need to defeat the Cursed One.

But as Rowansmark bears down and uneasy alliances are tested, will Rachel and Logan’s love for each other be enough to surmount the unbelievable odds against them? 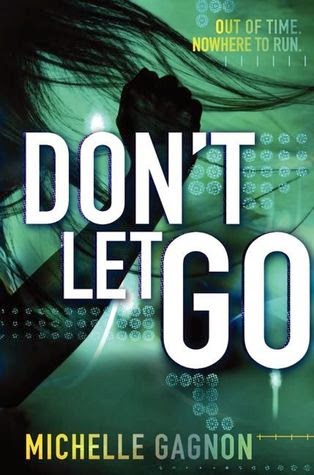 Don't Let Go by Michelle Gagnon
Expected Publication: August 26th, 2014
From Goodreads:
In this pulse-pounding final installment of the Don’t Turn Around trilogy, which in a starred review Kirkus called “The Girl with the Dragon Tattoo for teens,” Noa and Peter race across the country in their search to destroy Project Persephone before time runs out.

After a devastating loss, Noa Torson is out of options. On the run with the three remaining teens of Persephone’s Army, she is up against immeasurable odds. The group is outnumbered, outsmarted, and outrun. But they are not giving up.

When Noa and Peter realize they can’t run anymore, and that Noa’s health is failing, they know they must go back to where this began. But when they come face-to-face with the man who started it all, the question becomes, can they win?

This riveting final book in the Don’t Turn Around trilogy ratchets up the action as Noa and Peter confront the evil that has chased them and won’t let them go. 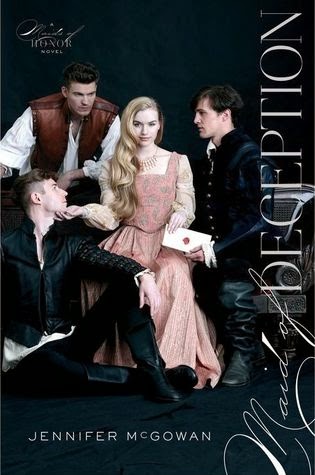 Maid of Deception by Jennifer McGowan
Expected Publication: August 26th, 2014
From Goodreads:
Beatrice Knowles is a Maid of Honor, one of Queen Elizabeth I’s secret protectors. Known for her uncanny ability to manipulate men’s hearts, Beatrice has proven herself to be a valuable asset in the Queen’s court—or so she thinks. It has been three weeks since the Maids thwarted a plot to overthrow the Queen, and Beatrice is preparing to wed her betrothed, Lord Cavanaugh. However, her plans come to a crashing halt as rumors of a brewing Scottish rebellion spread among the court.

Beatrice’s new assignment is to infiltrate the visiting Scottish delegation using her subtle arts in persuasion. The mission seems simple enough, until the Queen pairs Beatrice with the worst of the lot—Alasdair MacLeod. Beatrice cannot help but think that the Queen is purposefully setting her up for failure. But Alasdair could be the key to unlocking the truth about the rebellion….and her own heart. Caught in a web of ever-more-twisting lies, Beatrice must rise up among the Maids of Honor and prove what she’s known all along: In a court filled with deception and danger, love may be the deadliest weapon of all. 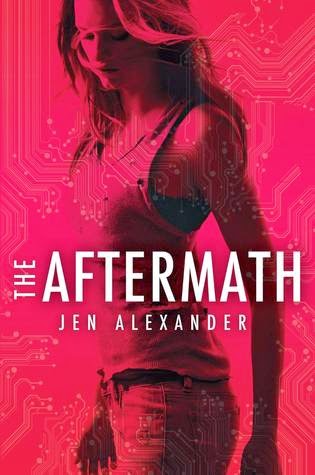 The Aftermath by Jen Alexander
Expected Publication: August 26th, 2014
From Goodreads:
Sometimes, I dream that I'm someone else.

A girl with dark hair who doesn't worry about hunger

or thirst or running from flesh-eaters.

In her world, those sorts of things don't exist.

Since the spring of 2036, when the world changed forever, Claudia and a small clan of survivors have roamed the streets of a very altered Nashville: polluted and desolate, except for the ever-present threat of cannibal Hoarders. Together they must undergo punishing tests of endurance and psychological challenge sometimes with devastating consequences all just to live another day.

With food and water in dwindling supply, and with danger lurking around every corner, no one can be trusted. And as her world starts to make less and less sense, Claudia begins to realize something terrifying: she is just a pawn in some sort of game, and all of her actions are being controlled from afar by a mysterious gamer. So when she meets a maddening and fascinating outsider named Declan, who claims to be a game moderator, she must decide whether to join him in exchange for protection and access to the border.

If they play the game right, they are each other's best hope for survival and a life beyond the only world Claudia's ever known: the terrifying live-action game known as The Aftermath. 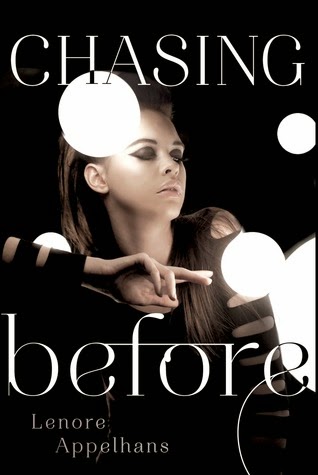 Chasing Before by Lenore Appelhans
Expected Publication: August 26th, 2014
From Goodreads:
Felicia and Neil have left Level 2 behind, but another level stands between them and Heaven: Level 3. While the purpose of Level 2 is to relive your time on Earth and make peace with your memories, the objective of Level 3 is to completely detach from life and prepare for your divine vocation.

During Felicia and Neil's training period, a series of explosions destroy the portals out of Level 3. Tension is high, and casualties are mounting. Though Neil wants to become either a Muse or a Healer to help, Felicia is drawn to the Seraphim Guard. A rift forms between the pair, one that grows wider when Felicia receives memories from the Morati. The memories cast doubt on the people she loves the most, but Felicia can't stop her curiosity. She has to know the truth about her life before she moves on--if she can manage to evade old enemies long enough to find a way out of Level 3. 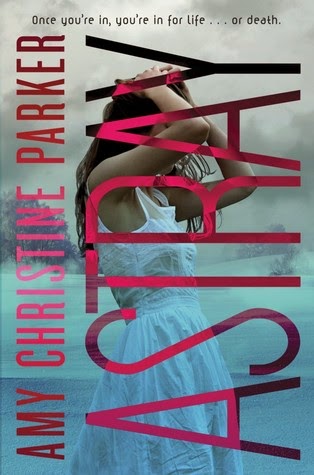 Astray by Amy Christine Parker
Expected Publication: August 26th, 2014
From Goodreads:
Lyla is caught between two worlds. The isolated Community that she grew up in and the outside world that she’s navigating for the very first time. The outsiders call the Community a cult, but Pioneer miraculously survived a shooting that should have killed him. Are the faithful members right to stay true to his message? Is this just a test of faith? One thing is for sure: the Community will do anything to bring Lyla back to the fold. Trapped in a spider’s web of deception, will Lyla detect the sticky threads tightening around her before it’s too late? She’ll have to unravel the mystery of what Pioneer and the Community are truly up to if she wants to survive.

Suspenseful and chilling, Astray is Amy Christine Parker’s nerve-fraying sequel to Gated. This fast-paced psychological thriller is masterfully plotted and sure to leave goose bumps. Perfect for fans of creepy YA thrillers and contemporary fiction alike.

Oh, I can't wait for the August 26th!!! So many freaking great books coming out then! Though I've already read Chasing Before, and I have a copy of the Deliverance and Aftermath. What about you guys? Happy reading!
Posted by Louisa @ Words I Write Crazy at 6:00 AM