Week 39 Reviews: How to Marry a Millionaire Vampire, Vamps and the City, A Very Vampy Christmas 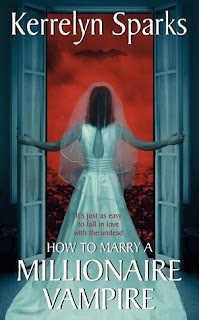 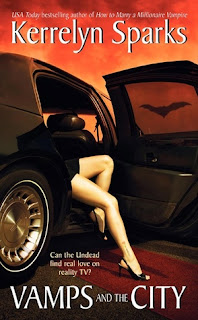 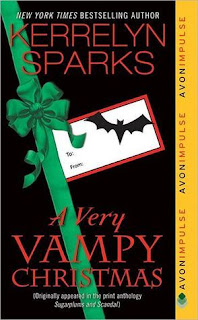 From Goodreads:
So what if he's a bit older and usually regards a human female as dinner, not a dinner date? Yes, Roman Draganesti is a vampire, but a vampire who lost one of his fangs sinking his teeth into something he shouldn't have. Now he has one night to find a dentist before his natural healing abilities close the wound, leaving him a lop–sided eater for all eternity.


Things aren't going well for Shanna Whelan either...After witnessing a gruesome murder by the Russian mafia, she's next on their hit list. And her career as a dentist appears to be on a downward spiral because she's afraid of blood. When Roman rescues her from an assassination attempt, she wonders if she's found the one man who can keep her alive. Though the attraction between them is immediate and hot, can Shanna conquer her fear of blood to fix Roman's fang? And if she does, what will prevent Roman from using his fangs on her...

From Goodreads:
Who says a vamp can't have it all?

Darcy Newhart thought it was a stroke of genius—the first–ever reality TV show where mortals vie with vampires for the title of The Sexiest Man on Earth. As the show's director, Darcy's career would be on track again. And she can finally have a life apart from the vampire harem. Okay, so she's still technically dead, but two out of three's not bad. Now she just has to make sure that a mortal doesn't win. If only she wasn't so distracted by a super–sexy and live contestant named Austin...


But Darcy doesn't know the worst of it. Austin Erickson is actually a vampire slayer! And he's got his eye on the show's leggy blond director. Only problem is, he's never wanted any woman—living or dead—as badly. But if he wins her heart, will he lose his soul? And if it means an eternity of hot, passionate loving with Darcy, does that really matter anyway?

From Goodreads:
Maggie O'Brien is thrilled when she lands a starring role on the Digital Vampire Network's hottest soap opera, As the Vampire Turns. Doesn't hurt that her leading man is Don Orlando de Corazon, the greatest lover in the vampire world! But who is Don Orlando really? Nobody knows, not even Don Orlando. As the couple sets out in search of his mysterious past, "home for the holidays" takes on a new meaning when the recently-turned vamp discovers his own Christmas miracle.

My Review:
Oh, these books were just fantastic to read! While I enjoyed Millionaire Vampire better then City, they all were really great to read! It's just that Millionaire Vampire felt bigger than City, you know? Bigger stakes, bigger, more important characters. Yeah.

These books were pretty darned hilarious! Like breaking off one of your fangs biting into a blow up toy to be a vampire biting, but not into a human. Yeah. That was pretty funny! Or having a contest to judge the sexiest man alive, but hoping that he'd be a vampire. Yeah.

I really felt bad for Shanna. First her family basically abandons her in a private school, then her friend is killed in front of her, and she has to go into witness protection. But now she has a bad reaction to blood, but she's a dentist. Yeah. And then Roman comes into her life! Really enjoyed reading about their romance!

The details of this world, well, we didn't get much on the origins of vampires, just how they can make more, and some of the rules. And those were played with a bit in these books, as science improves their lives! I love series that develop like this!

It was fantastic to read these books, and I can't wait to read more!

How to Marry a Vampire:

Vamps and the City: