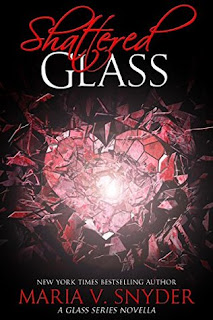 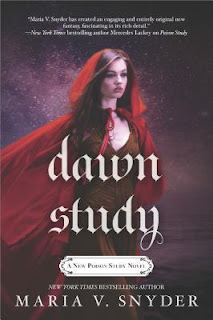 From Goodreads:
While trying to teach her adopted daughter, Reema, how to work with molten glass, Opal receives a letter from Master Magician Zitora Cowan requesting Opal's immediate help. Zitora resigned from the Sitian Council over two years ago to search for her lost sister, and no one has heard from her since. The letter is probably a trick, but Opal refuses to pass up the opportunity to help her mentor, who may be in genuine trouble. Good thing Opal isn't that easy to fool. With her two soldier friends Nic and Eve providing backup, the three travel to a small town in the Jewelrose Clan. But can they rescue the Master Magician without being caught in the same trap?

My Review:
Ah, reading these books was just so freaking great! I've loved Maria V. Snyder's books since the beginning, and Poison Study was the one that got me on her books! So yeah, reading the end of this series, well, of Yelena and Valek's story, was just great!

Shattered Glass was so great, because we finally had the mystery of Zitora's sister solved! That's something that's been left open for so many books! So yeah, glad to have that solved! And yeah, that ending! Which lead really well into Dawn Study!

Dawn Study was just a fantastic book! There was so much that had to be wrapped up, so it was a pretty lengthy book, but there was so much action and mysteries to be solved, and yeah, that was just so great to read!

Loved how everything came together! There have been a lot of characters over the course of this mother series, Chronicles of Ixia. And the really important ones had some pretty big roles, and yeah, it made for a really fantastic ending and fantastic book!

Absolutely loved reading these books, they were so great, and I can't wait to read Maria V. Snyder's next book!