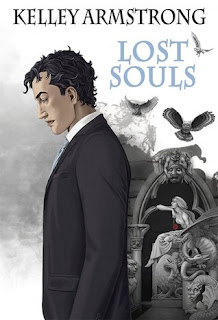 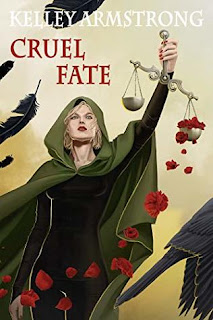 From Goodreads:
The disappearing hitchhiker is one of the hoariest urban legends, and no one knows that better than Gabriel Walsh, a lawyer who grew up on folklore and myth. When author of books on the supernatural Patrick brings Gabriel a case of a hitchhiking woman in white who vanished on a country road after accepting a ride from a businessman, Gabriel knows the Cainsville elder is just trying to wheedle into his good graces. But Gabriel is a man in need of a mystery, one that will get him back into someone else's good graces. His investigator, Olivia Taylor-Jones, has blown town supposedly on a simple vacation. But when she left there was a rift between them and…he misses her.

Gabriel is well aware the only thing Olivia loves more than a good mystery is a weird one, and this hitchhiker case more than fits the bill. As Gabriel digs into the story, he's forced to face ghosts of his own and admit that the woman in white isn't the only one who has lost her way.

From Goodreads:
Three years after discovering that her biological parents are convicted serial killers, Olivia finally has her life back, and it's better than ever. She loves her new job, as investigator for notorious defense attorney Gabriel Walsh. She has Gabriel, too, as they settle in together, dividing their time between Chicago and Cainsville. Olivia's also settled into her role as the legendary Mallt-y-Nos to Cainsville’s fae population.

The only dream unfulfilled is seeing her father freed from jail, where he's been wrongly imprisoned for over twenty years. Now that wish is finally coming true. Todd Larsen is a free man. Someone, however, doesn't want him to stay that way. Todd may have been in prison for crimes he didn't commit, but there's one he did—the murder of a serial killer, whose death launched the chain of events that led to Todd's incarceration.

Before Todd can settle in with Olivia and Gabriel, the body of his one and only victim surfaces, along with planted clues directing the police to their doorstep. Does someone have a personal grudge against Todd? Or is it a fae targeting Olivia with the one threat she can't ignore? Olivia needs to find out who’s behind this, before her father is ripped from her again…for good this time.

My Review:
Man, I just loved reading these stories! The first with Gabriel wanting to make things right with Olivia, and the second with her dad coming out and trouble being caused, yeah, they were both so great to read! And they're really satisfying additions to this series!

Lost Souls, I do kinda wish that I'd read it in order, because then I wouldn't have gone from Gabriel and Olivia on the outs to them being in a committed relationship, but yeah, I'm really glad I read it, because it was more time spent with these characters and an excellent mystery!

The whole bit with Todd coming back, Olivia is a bit of a nervous wreck. She wants everything to go smoothly and when the body of the only victim that he killed shows up, that puts a stop to that. I really enjoyed the investigation, because that whole bit was important to the series, and we learned more about what happened, which was really fantastic!

There was a twist in Cruel Fate, not a plot twist, but something that made me think one thing, when really it was something else, and yeah, that was pretty clever and had me expecting something, and being pretty blindsided by what actually happened! It was so great!

I loved reading these books so much, they were so great! Such a wonderful end note for this series!