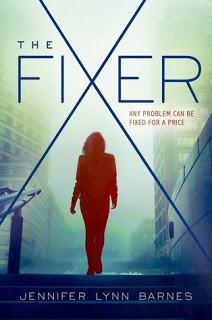 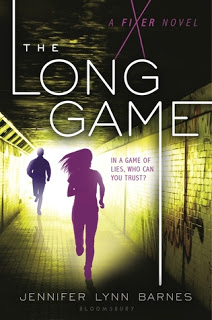 My first review of The Fixer, The Long Game
My Review:
I loved reading these books so much! They're just so great and addicting! And while I wish that we got more-what with the dangling plot line of the bad guy she vowed to defeat at the end of The Long Game, I'm so glad that we got the books that we did!

It's been a while since I first read these books, and I did read them about half a year apart. So it was really great to read them again, and together, because the plot of the first book is a pretty important drive for the events in the second!

I did remember a few things, like Tess's parentage, but there was so much going on in these books that kept happening, that I couldn't have remembered it all. Like who were all of the people behind the conspiracy.

I have a few questions about the group who are the bad guys in the 2nd book, and what happened. Like, what do they really want? And the whole situation with Daniela, I just don't get why it turned out like that, why anybody, the government, her dad, would let it happen, just let her go like that. Yeah.

Oh, and I have on question. What was the fix that Ivy refused to do for William that caused their split? Was it said right out, was it implied, or do we not know? I have no idea, and I want to know, because that split is kinda important, though not so much with Tess's deal with William. I still want to know!

These were such great reads, I loved them so much, and I can't wait to read more from Jennifer Lynn Barnes!