Week 5 Review: Come Home to Me 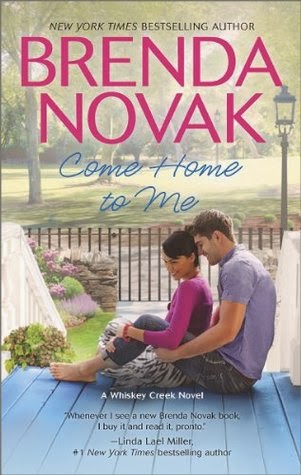 From Goodreads:
Home is where her heart is...

When Presley Christensen returns to Whiskey Creek with her little boy after two years away, she has completely changed her life. She's made peace with her past and overcome the negative behavior that resulted from her difficult childhood. Now she's back in the small town that was the closest thing to "home" she ever knew—the town where she can be with the sister who's her only family.

There's just one catch. Aaron Amos still lives in Whiskey Creek, at least until he moves to Reno to open a branch of the Amos brothers' auto body shop. And no matter how hard she's tried, Presley hasn't been able to get over him. Seeing him again makes the longing so much worse. But she hopes she can get through the next few months, because she can't fall back into his arms…or his bed. She's come too far to backslide now. And there's a secret she's been guarding—a secret she'll do anything to protect.

My Review:
I so loved this book! This is a book that's probably in the making since When Snow Falls, which was Cheyenne's book, which is where a lot of the drama came from, and the consequences, were dealt a lot with in this book, and yeah, was just so really great!

Loved the romance in this book! It's the kind, that you've tried out, and have found out that it's bad news. But is it still bad news when both parties have changed? And that's what's explored in this book! Because they have a son together, but he was created in a very dark period in both of their lives.

Then with his dad having a new wife and daughter, well, things get complicated, because his dad is coming out, but isn't yet. And yeah, that was something else, because their dad, he wasn't the best of people after their mom's death.

Loved how the romance ended, on her birthday, he doesn't come to her birthday party, but it's because he's been moving into her house to be with her instead of moving! Which yeah, was just so good, and I loved it so freaking much!

Loved this book, can't wait for the next Whiskey Creek book!!