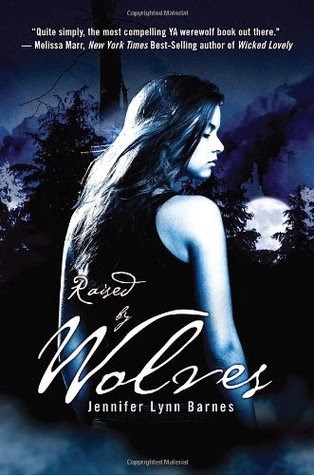 My first review of Raised by Wolves
My Review:
Oh, man, this book was just as good, if not better, then the first time I read it, because I knew what was going to happen, and yeah, I just had to savour Byrn, and Chase, and all the other characters, knowing what pain that they're going to go through...yeah, there was that. But this is the start, and Byrn starts off so much more innocent and hopeful in this book then by Taken by Storm!!!

Loved meeting these characters again for the first time, and how they interacted with each other, like the conditions that Callum imposes for her to earn the right to meet with Chase, and then the rules with the meeting, and how she breaks them, and in the process makes a new pack with Chase, and that they're joined by Devon and Lake, yeah, that was a nice pack! And then it just grew!

Can't tell you how many times I wanted to just grab Bryn and hug her, because I know what's coming, and she deserves some hugs, and affection is conveyed through touch, so yeah, a hug would be just that perfect thing!

How it ended, with the Rabid killed, and Bryn the alpha of a pack that is most unique, well, yeah, that was just completed great, and set up excellently for the next 2 books, ones that I can't wait to reread, because man, this series, I just loves it!!!