Week 7 Reviews: Guardian of the Gate, Circle of Fire 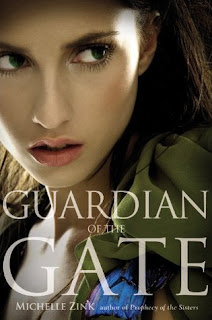 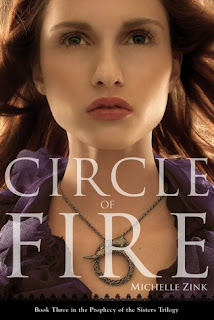 From Goodreads:
The ultimate battle between sisters is nearing, and its outcome could have catastrophic consequences. As sixteen year-old Lia Milthorpe searches for a way to end the prophecy, her twin sister Alice hones the skills she'll need to defeat Lia. Alice will stop at nothing to reclaim her sister's role in the prophecy, and that's not the only thing she wants: There's also Lia's boyfriend James.

Lia and Alice always knew the Prophecy would turn those closest to them against them. But they didn't know what betrayal could lead them to do. In the end, only one sister will be left standing.


From Goodreads:
With time dwindling but her will to end the Prophecy stronger than ever, Lia sets out on a journey to find the remaining keys, locate the missing pages of the Prophecy, and convince her sister Alice to help--or risk her life trying. Lia has her beloved Dimitri by her side, but Alice has James, the man who once loved her sister--and maybe still does. James doesn't know the truth about either sister, or the prophecy that divides them. And Alice intends to keep it that way.

There are some secrets sisters aren't meant to share. Because when they do, it destroys them. This stunning conclusion to Michelle Zink's Prophecy of the Sisters trilogy will make saying good-bye bittersweet for readers.

My Review:
I enjoyed reading these so much! Though I'm sad, too, because I have to say goodbye to these characters till I reread them, and that's going to be a while-there's just so many books to read! But I will, someday, and with the short stories, too!

Then Circle, it was such a fantastic ending to the series! I mean, it took all the plot points that I wanted to know more about, and gave them to us, and wrapped them up quite nicely, and I really enjoyed that so much!

I really enjoyed reading these books, they were so good, and yeah, I can't wait to see what Michelle Zink writes next!

Guardian of the Gate: