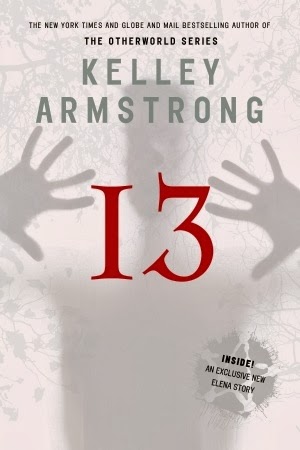 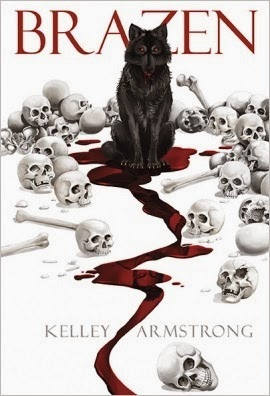 From Goodreads:
Savannah Levine, a young witch of remarkable power and a dangerous pedigree, staggers away from a bomb blast in New Orleans, glad that she's managed to rescue her half-brother Bryce from the supernatural revolutionaries who'd held him captive. But everyone and everything she holds dear is still at risk. The reveal movement has shaken the Otherworld to its core and the resulting chaos has thinned the boundaries between dimensions, allowing creatures of the deeper realms to break through and wreak havoc on supernaturals but also on innocent humans.

Although she's been temporarily stripped her of her powers, Savannah knows she has a crucial part to play in this war of survival. In fact the fate of her loved ones--of Adam, the friend she hopes will become a lover; of Paige and Lucas, her guardians; of the werewolf Pack and Jaime Vegas; of a pregnant Hope; of her brothers Sean and Bryce--and of the human world rests on her shoulders. If she can find the way and the will to defend them.


Only in the final battle will Savannah find out her true capacities, and what love will drive her to do. In 13, Kelley Armstrong brings her powerful and unique saga to a deeply satisfying end: thrilling, surprising and harrowing.

From Goodreads:
Nick Sorrentino knows everyone in the supernatural world considers him the Pack’s playboy, the pretty but not very useful werewolf whose only reputation involves his amorous exploits.

Usually, Nick couldn’t care less what anyone outside the Pack thinks of him. But when it affects his hunt for Malcolm Danvers, a psychotic bogeyman from the Pack’s past, it matters.

Necessity forces Nick to team up with mercenary half-demon Vanessa Callas to run Malcolm to ground in Detroit. Together, they discover Malcolm is more deadly than ever. And he wants to play.

It’s time for Nick to prove he’s not just a lover.

My first review of 13
My Review:
Yeah, I loved reading these books! We got the end of the Women of the Otherworld, which was just so great, again, and then Brazen, a new look into the world, which is just fantastic, and wonderful, and I just loved it so much!

Really enjoyed reading about Savannah, and yeah, her journey finishing after her 2 other books, and yeah, her working through and getting her powers back, facing the bad guy, and winning the day for the good guys! Just fantastic!

And then there was Nick's book. I hadn't read the other novellas with Nick's POV the main one before this reread of the series, and yeah, now this is the second one, and I really enjoyed it, because yeah, Nick does more then what he's done before, and it was good!

Plus, he and Vanessa are going after Malcolm, who we only found out was alive not too long ago, which is great! Because we want someone who had something to do with him, on the good guys team, to deal with him, and Nick fits that nicely, even if it doesn't end yet! But it was a good place where it ended!

Really enjoyed both of these so much, so good, and yeah, I can't wait for more stories set after 13!