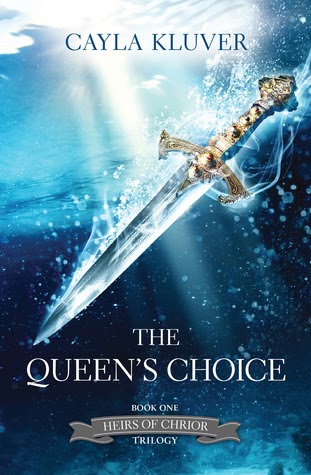 From Goodreads:
Magic was seeping out of me, black and agonizing. I could see it drifting away. The magic that would let me pass the Road to reach home again.

When sixteen-year-old Anya learns that her aunt, Queen of the Faerie Kingdom of Chrior, will soon die, her grief is equalled only by her despair for the future of the kingdom. Her young cousin, Illumina, is unfit to rule, and Anya is determined not to take up the queen's mantle herself.

Convinced that the only solution is to find Prince Zabriel, who long ago disappeared into the human realm of Warckum, and persuade him to take up his rightful crown, Anya journeys into the Warckum Territory to bring him home. But her journey is doomed to be more harrowing than she ever could have imagined.

My Review:
This was an utterly fantastic book, and just as good as the Legacy trilogy, which will always hold a special place in my heart. This one, with the almost immediate act of horribleness done to Anya, just that unfairness, just made this book go by so fast, I'm almost 100% certain that I have to reread it again before reading the 2nd book!

Anya was an amazing character, she was so strong-and she didn't want to be Queen. Usually, people want to be the rulers of their people, because they want power, but Anya doesn't. She likes being able to go out and exploring the human world. Then there was Shea, daughter of the one that found her after the Fae Hunters. And Illumina, her cousin, daughter of the current Queen's brother. Yeah, they were all pretty great, if strange at times!

This world was great. There were a lot of things wrong with it, like the disparates between the rich and the poor, and I found it pretty funny, that one of the main guys that the police are looking for, Prince Zabriel, while being the son of the Queen, is also the grandson of the guy in charge, nephew to the guy who's leading the charge for Zabriel. And admittedly, Zabriel is committing crimes against the government, but that's because the government is doing wrong against the Fae.

There was a mystery in this book, and there were betrayals, and yeah, sometimes I wish that some of the things that had happened, didn't, because they were just so painful. But they kept going, and while some of them went down bad paths, I have hope for at least one of them. Especially with that ending, with Anya finding that drawing, and who drew it, and what was depicted, and what that meant for her. I just want more book now, please and thank you!

I really, really enjoyed this book, it was just simply marvellous, and amazing, and I can't wait for the 2nd book!