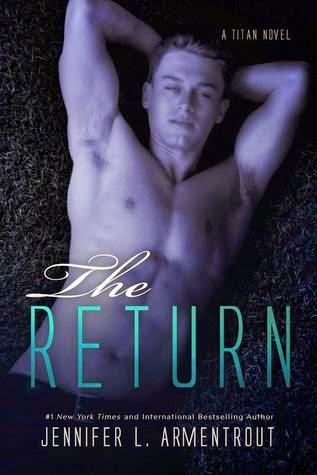 My Review:
Reading this book was awesome! We get to be in this world again, and though while Alex and Adrian are mentioned, they aren't in this book, which it was said that they weren't going to be. But there was a lot of Apollo, because of Josie, which was awesome!

I loved having both Josie and Seth's POV. It was a great thing, to be in both of their heads! And I just loved that this was a NA book! And yeah, I just really loved this book! This is what happens a year after Sentinel (which means that Alex is starting her second 6 year term in the Underworld!) and there are the consequences of Sentinel!

So it turns out that the gods had a plan C to Ares and what he was doing (not that they knew it was Ares at the time) And that plan was to create one demigod per member of the 12. And yeah, Josie's Apollo's daughter. Which leads to some complications because of the attraction between Josie and Seth!

I loved Josie and Seth's banter, how he'd call her Joe, and she'd call him Sethie, it was just so cute how they would annoy each other, and just so much fun to read! And it led to a deeper, and deeper, and just great, relationship! Really can't wait for the sequel!

Yeah, want more, there's the other 3 demigods to find, hopefully 2 more to save, and then finding all of their icons! I just want more! Yeah for this book, though, just for existing and to be able to read it!