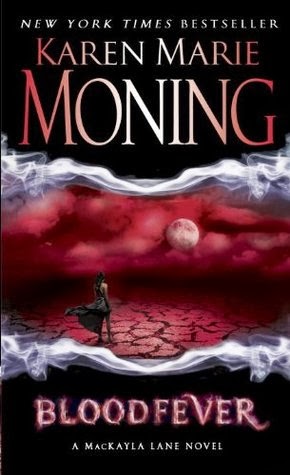 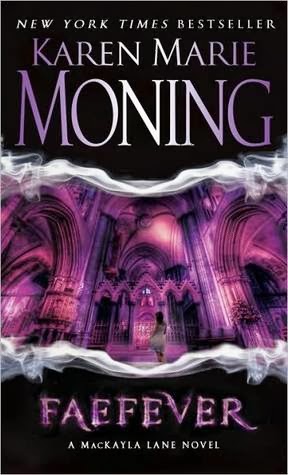 In her fight to stay alive, MacKayla must find the Sinsar Dubh—a million-year-old book of the blackest magic imaginable, which holds the key to power over the worlds of both the Fae and Man. Pursued by assassins, surrounded by mysterious figures she knows she can’t trust, Mac finds herself torn between two deadly and powerful men: V’lane, the immortal Fae Prince, and Jericho Barrons, a man as irresistible as he is dangerous.

From Goodreads:
He calls me his Queen of the Night. I’d die for him. I’d kill for him, too. When MacKayla Lane receives a torn page from her dead sister’s journal, she is stunned by Alina’s desperate words. And now MacKayla knows that her sister’s killer is close. But evil is closer. And suddenly the sidhe-seer is on the hunt: For answers. For revenge. And for an ancient book of dark magic so evil, it corrupts anyone who touches it.

As All Hallows’ Eve approaches and the city descends into chaos, as a shocking truth about the Dark Book is uncovered, not even Mac can prevent a deadly race of immortals from shattering the walls between worlds—with devastating consequences...

My first review of Bloodfever, Faefever
My Review:
I love these books! They are freaking amazing, we get further into the world of Fever, of Mac's, and one of the worst things that could happen, happens at the end of Faefever, and yeah, the events of the wall coming down, it affects everything. And I can't wait to read the fall-out in Dreamfever and Shadowfever!!!

We learn more about the fae, like about the cup that they drink to divest themselves of their memories, and what most of the main 8 artefacts do, or their history, like the Sinsar Dubh and how it came into existance.

The mystery that is Jericho Barrons deepens, with the whole "screaming in the deep lair beneath the garage" thing. And the phone, with the 2 acronyms, and Ryodan, and she develops a contact with the late detective's brother-in-law.

How, through the events of Bloodfever, the ending, especially, though very, very, very gross! But that the wannabe vampire, but half immortal by way of fae-eater, was watching her like that? *Shudders*

So loved these books! They were freaking amazing, loved rereading them, knowing what's going to happen, but needing to hear it happening...yeah. Such a great series!