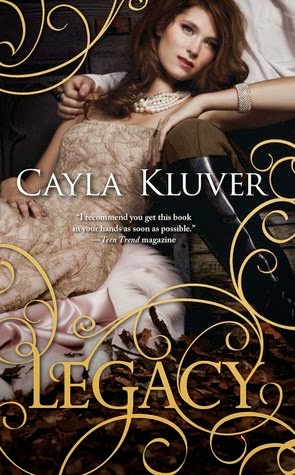 
From Goodreads:
Only I saw Narian for who he truly was: a young man with courage and an independent mind, and made to pay for what was outside his control. He couldn't help his past any more than he could help the way those intense, deep-blue eyes pierced me and held me captive.

My first review of Legacy, Allegiance
My Review:
Oh, just loved rereading these books! They were so freaking good, and I just devoured them, because yeah, I loved them the first time, and I knew I was going to again, and I did, and yeah, just lots of big hugs and big hearts and lots of love!!!!

My favourite scene, must've been when Alera goes out, in Allegiance, and then Steldor comes after her, they fight, and he takes her horse and goes back to the city, while she keeps going to the estate of Narian's blood family. Then the resulting scene, when London brings her back, and his dad is all, you both left without guards, you left her alone without guards, and we are a war, and basically, what were you thinking, and yeah, I just reread that part a few times, because to me, it's hilarious!!!

I missed a few things that I got when I read it the first time, and also got details that I missed the first time, this time. An example of the first, was the source of Steldor's scene, his wolfs talisman, because that was right before the scene mentioned above, so I wanted to get that, and was reading too fast to do so. An example of the later was that while Steldor improved, he and Alera just weren't the best of matches, even without Narian, and while she could grow to love him like he loves her, it still wouldn't be the best for them.

I missed Narian in Allegiance, because he wasn't really in it, but the role that he does play is significant, after all, he's the one that has to siege Hytanica, which isn't what he wants to do, but has to, because the Overlord has Alera's sister.

Wow. These books were so freaking good, I really enjoyed them, can't wait to reread Sacrifice!!!