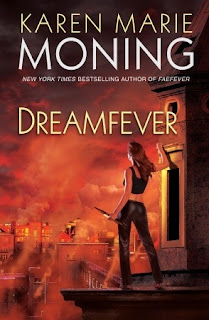 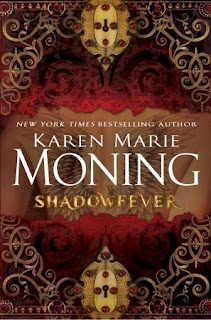 From Goodreads:
"Evil is a completely different creature, Mac. Evil is bad that believes it’s good."

My Review:
So these books pulverized my heart, and then gave me a whole brand new one-just to repeat the process. And again. And again. And I loved every minute of it! There's going to be more of this series, yeah, but Mac won't be narrating. So the series is going to be different after this!

There was a really massive cliffhanger in Dream, one that didn't get resolved until about 100 or so pages into Shadow, that really hurt. But yeah, it was resolved, and then it felt way better! Because things were better for the characters!

Out of all the hard ship, from the multiple rapes and going priya, thinking Barrons was dead, and that it was her fault, and then having the Sinsar Dubh do it's massive thing, Mac grew stronger. Stronger, so she could win!

Oh, and finding out who was Alina's murderer, well, who really is the weapon, that was hard. But Mac dealt with it, though it's not completely finished. And yeah, that's about the only thing right now that is a big deal. Well, finding out more about her past would be great! And having a copy of the Sinsar Dubh in her head!

Such great books, and a great place to have Mac finish narrating the series! Loved them so much!