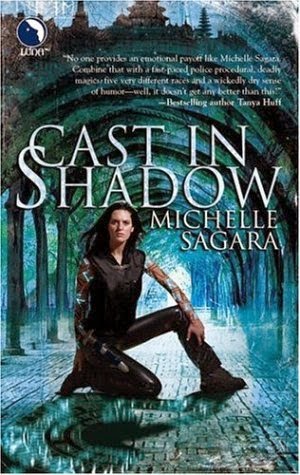 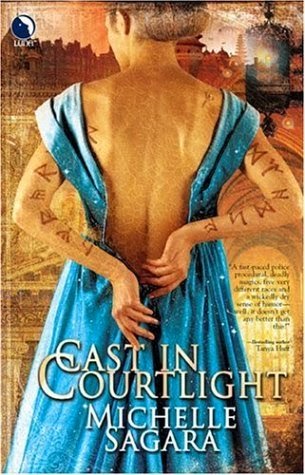 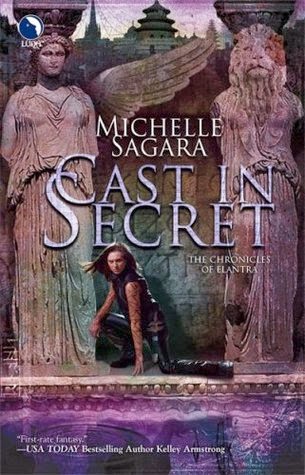 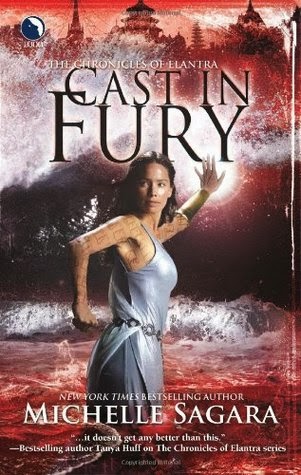 Shaken, Kaylin tries to stay focused on the case at hand. But since the stolen item is ancient, has no keyhole and holds tremendous darkness inside, Kaylin knows unknown forces are again playing with her destiny -- and her life . . .

My first review of Cast in Shadow, Cast in Courtlight, Cast in Secret, Cast in Fury
My Review:
These are 4 fantastic, wonderful, otherworldly, complicated in a most delicious way, books! They are like, so freaking complicated and interesting, and just spectacular, and so enjoyable, I just love them!!! Especially Kaylin, and Severn, Marcus and Teela, because they were just awesome!!!

These books are part mystery, part paranormal, just like the novella in Harvest Moon, and yeah, just as freaking good, if not better. Very complex, and the whole words thing, the Old Ones, and their language, and the marks of that language on Kaylin that've been there since she was 10, and her magical gifts because of that...yeah, there's all that!

Kaylin is an amazing character. She has her flaws, punctuality and the lack of it, how she can't keep what she's thinking off her face, but she has so many great qualities. She wants to serve and protect, she puts her life on the line. And I just love reading about her adventures!

There's been 2 definite bad guys, the head guys, the Outcaste dragon, from books 1 and 4, and his minions, both dead Barrani, dead in that they don't have their names any more, which leads to the just thing that was evil, the darkness, ancient evil in book 2, that is held captive by the High Court of the Barrani, which Kaylin shouldn't have to worry about, because she helped the Lord of the Green, who became the Lord of the High Court, to take his place as High Court Lord, and he'll have to continually face that. Finally, the bad guy of 3, a ex-A-I-forget-their-full-name-and-spelling and wants to have control of the elements, which can be alive. But he got eaten at the end of 3, so he shouldn't be a problem any more.

Yeah, this was a freaking great series, and I'm loving rereading it!!!!