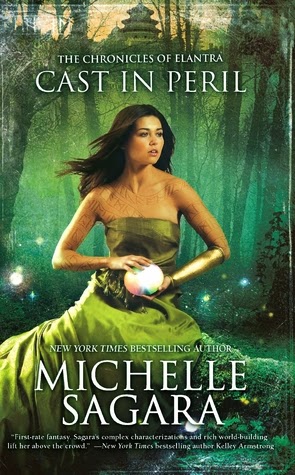 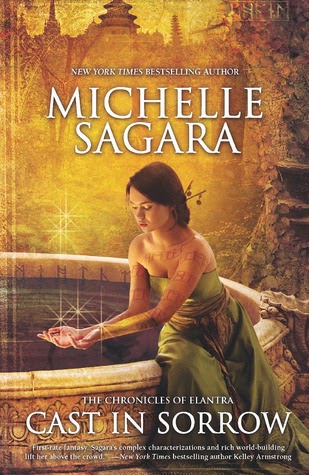 From Goodreads:
It has been a busy few weeks for Private Kaylin Neya. In between angling for a promotion, sharing her room with the last living female Dragon and dealing with more refugees than anyone knew what to do with, the unusual egg she'd been given began to hatch. Actually, that turned out to be lucky, because it absorbed the energy from the bomb that went off in her quarters.…So now might be the perfect time to leave Elantra and journey to the West March with the Barrani. If not for the disappearances of citizens in the fief of Tiamaris—disappearances traced to the very Barrani Kaylin is about to be traveling with...

From Goodreads:
THE END OF HER JOURNEY IS ONLY THE BEGINNING...

The Barrani would be happy to see her die. So Kaylin Neya is a bit surprised by her safe arrival in the West March. Especially when enemies new and old surround her and those she would call friends are equally dangerous...

And then the real trouble starts. Kaylin's assignment is to be a "harmoniste"-one who helps tell the truth behind a Barrani Recitation. But in a land where words are more effective than weapons, Kaylin's duties are deadly. With the wrong phrase she could tear a people further asunder. And with the right ones...well, then she might be able to heal a blight on a race.

If only she understood the story....

My first reviews of Cast in Peril, Cast in Sorrow
My Review:
Oh, such great books! Loved rereading them! They were apparently going to be 1 book, but then since they travel in Peril, to get to where they needed to be in Sorrow, that the outside world that Kaylin was travelling was apparently like another view point, so yeah, they used to be 1 big book, but I prefer the 2 books, because then, well, more time in Kaylin's world!!!

Of the regular gang, Kaylin, Severn, Teela, and Nightshade are the only ones that we got to be with, and then some characters from previous books, that aren't part of the gang (for me) like the Consort, and the Arcanist cousin of Teela's. And while I was a bit sad that we didn't get more time with the rest of the gang (Marcus, Caitlin, ect.) it was interesting to have a more intimate group for these books. But that just means that I want Cast in Flame even more!!!

First we learned more of Teela's past, of why it's a crime that the Barrani take seriously in not letting children listen to the regalia, that Teela was a child to the Barrani, when she first listened to it, and how they are pretty sure why Teela didn't change like the other 11 children-though the Barrani talk about the 12 lost children, Teela wasn't lost, and that made Kaylin understandably upset. Because Teela was her friend, and she was there, not lost. Yep.

I wonder about the brothers, they seemed to have disappeared, I loved how Kaylin named one, and then in Sorrow, for a different Hall-something, I think Alonais, she was thinking of naming that Hall's brother something, too, which was funny!

Almost half of Sorrow, was rescuing the Consort. First from the 3 nightmares that she absorbed, and the choosing of the words (she picked 2) the city, the statues, using her forehead on the ward, and the door going up in flames, and yeah, freeing the Consort. To the second time, where the dreams kidnapped her, and Kaylin and Teela end up in the Hall-, but then Teela absorbed a unknown amount of nightmares, and leaving Teela with the water, and then taking the Consort back...yeah.

Loved what we learned about her small dragon/familiar, and how she named him by telling him a story about what he meant to her, and yeah, I hope we get to see more interaction beyond ear biting in Flame! Because he is just so cute!!!

Just 2 wonderful, great, amazing books! I really can't wait for Cast in Flame, I hope it goes up on NetGalley soon!!!