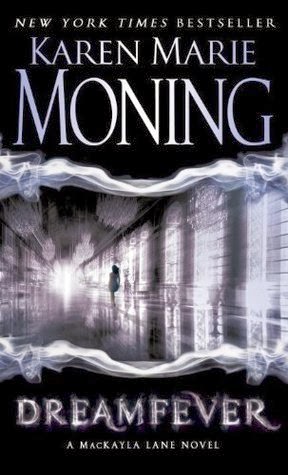 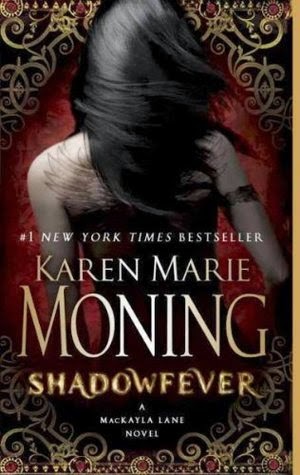 From Goodreads:
"Evil is a completely different creature, Mac. Evil is bad that believes it's good."

My first review of Dreamfever, Shadowfever
My Review:
Oh, I loved reading about Mac, and Barrons, and V'Lane, and Dani, and Lord Master, and just this fantastic dark world! It was so freaking great, and we got to see them together again, because I mean, yeah, like they say, fever to her ice, ice to her fever, thing, her and Barrons are pretty explosive!

Mac goes from wondering if she's the concubine, to the Unseelie King. Adding to that her relationship with Barrons, it was so fun to read about! And she goes from Mac 3.0, to 4.0. to 5.0. First there was Mac 1.0, pretty in pink, her life up until about halfway through Darkfever, where the death of her sister, and finding out, and starting to fight, the Fae, is when she becomes Mac 2.0. Mach 3.0 comes in after eating the Fae at the end of Bloodfever, and all the changes that came with it. Mac 4.0 came in after she came back from being Pri-ya that she was in from the end of Faefever, in Dreamfever, and finally, 5.0 came in at the end of Dreamfever/the start of Shadowfever, with the "death" of Barrons. Well, the beast that protected her and then died by her hand and Ryodan's, and whose body turned into Barrons. Yep.

Yeah, these books were fantastic, we found out that Cruce kidnapped the concubine, and then just by having her live like the Fae, made her Fae, till the point that she was the queen. So yeah, there's that. And that Christian is turning into an Unseelie Prince because of the one Dani killed, and that he was fed Unseelie to be healed? Or that the Sinsar Dubh downloaded a copy of itself into Mac's brain, that's why she could go through the mirror, because she had that bit of the Unseelie king inside her, his memories and such, and the runes her "lake" gave her, and her nightmares of the Cold Place, and the dreams of the neighbourhood of houses, which was just 1 big house? Or about Barrons son, and how he's living a fractured, non-living life? Or some knowledge about how the 9 operate?

Or that Dani was the one that set the Unseelie on Alina, because she was told to by what-her-name, Rowena. Yeah, that wasn't so fun to read, but Mac working her way through it, and Barrons, and the one part where he thinks she asked him to kill Dani for her when she meant what would Barrons do if he was her.

Yeah, this is a freaking great series, I just love it, love rereading it, and I can't wait for Burned and Flayed to come out!!!