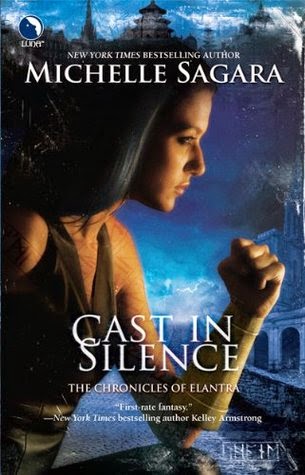 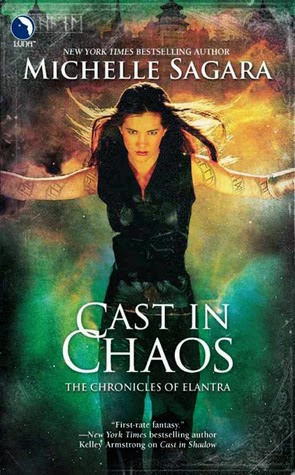 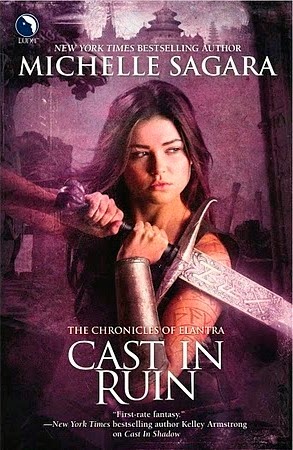 From Goodreads:
Don't ask. Don't tell. Stay alive.
A member of the elite Hawk force that protects the City of Elantra, Kaylin Neya has sacrificed much to earn the respect of the winged Aerians and immortal Barrani she works alongside. But the mean streets she escaped as a child aren't the ones she's vowed to give her life guarding. Those were much darker…

Kaylin's moved on with her life-and is keeping silent about the shameful things she's done to stay alive. But when the city's oracles warn of brewing unrest in the outer fiefdoms, a mysterious visitor from Kaylin's past casts her under a cloud of suspicion. Thankfully, if she's anything, she's a survivor….

From Goodreads:
Kaylin Neya is a Hawk, part of the elite force tasked with keeping the City of Elantra safe. Her past is dark, her magic uncontrolled and her allies unpredictable. And nothing has prepared her for what is coming, when the charlatans on Elani Street suddenly grow powerful, the Oracles are thrown into an uproar and the skies rain blood.

The powerful of Elantra believe that the mysterious markings on Kaylin's skin hold the answer, and they are not averse to using her-how ever they have to-in order to discover what it is.

Something is coming, breaking through the barriers between the worlds. But is it a threat that Kaylin needs to defend her city against-or has she been chosen for another reason entirely?

From Goodreads:
Seven corpses are discovered in the streets of a Dragon's fief. All identical, down to their clothing.
Kaylin Neya is assigned to discover who they were, who killed them-and why. Is the evil lurking at the borders of Elantra preparing to cross over?

At least the investigation delays her meeting with the Dragon Emperor. And as the shadows grow longer over the fiefs, Kaylin must use every skill she's ever learned to save the people she's sworn to protect. Sword in hand, dragons in the sky, this time there's no retreat and no surrender.

My Review:
I love this series. It's freaking amazing, it's got such wonderful characters, and intriguing mysteries/things they need to solve, and it's just so freaking good! I really enjoyed Chaos, I think it's one of the best books in the series, because it has the Devourer/Maker, and a bad guy that didn't know he was bad and let himself be locked up with the other elements...yeah, it was a fantastic book.

So lots of things happen, and some things are set up for the next few books, like Nightshade trading information for the one case that got messed up in Chaos, for Kaylin to got to the West March, which the journey there, and the things that happen during their stay, are the main things that happen in the next 2 books.

Silence was the book that opened up what happened in those 6 months between when she ran from the fief of Nightshade, and Severn, to when she tried to assassinate the Hawklord. And they weren't the best months in her life, where she learned to kill, assassinate, and overall, was just about the worst she could experience. Dealing with all that, and having to go there, yeah, it was not the easiest for Kaylin. But we got to meet a younger Nightshade, before he was Outcaste, and before he took the castle's test in the fief that became his.

Chaos, the whole "different new race is coming and they're being followed by the devourer" thing, and that they wouldn't let the race in if it meant that they would be followed, that really didn't sit well with Kaylin, to the point where her relationship with the Consort soured, and she used the alter that was a good deal of the reason why the palace was built there, the one that is part of the Arkon's horde...yeah, they were lucky that they didn't get caught!!! And she gets the egg, born to human parents, but swiftly became an egg, yeah.

Ruin, we got to learn about the People, or the Norannir, which was pretty great, and then the 8 bodies that show up, and the last one, and bringing back a female dragon, where there'd been none for a long while, and how she knew the Arkon before he became the Arkon, which means it's a title, and I want to know more about it!!! Plus, her and Severn have a sex talk, which was really interesting, because there's mentions of Barren, and Nightshade-the people, not the fiefs. Yep.

Yeah, these were 3 great, amazing books, love them to pieces, can't wait to reread more, and for Cast in Flame to go up on NetGalley!!!