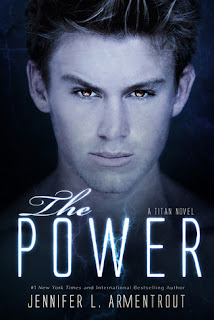 My Review:
This book, oh man, this book! It was so fantastic, so amazing, such a great sequel! It was just a touch hard to remember what happened in The Return, but it mostly came back as I was reading this book! So fantastic!

The relationship between Josie and Seth was a bit of a roller coaster in this book! All the ups and downs, the twists and turns, and the feels! So great, and yeah, the awkwardness of her dad, the warnings that the Librarian (and who she turned out to be!) was just so fantastic to read!

This is the book where Alex and Aiden came back! And it was glorious! It was so fantastic to read about Josie meeting them, and her watching Seth interact with them, because as you can imagine, that was really interesting to watch!

Then that ending! There were hints of what was to come, but I didn't think it would become as big as it did! So great and scary, and just oh, man, it was an evil cliffhanger! I just want  and need more, because it can't end that way!

Loved this book so much, and yeah that the cover and title for the next book, The Struggle!!!