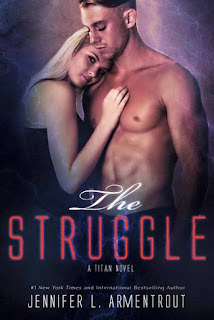 
For what the gods have feared has come to pass. The end of the old is here and the beginning of the new has been ushered in…

My Review:
Another amazing book! I've really enjoyed this series, of course, and a double of course that I enjoy her books! Especially that ending for The Power! I was super excited to know how things were going to go from there! And this book totally didn't disappoint!

Seth did the wrong thing for the right reasons, leaving, to protect Josie. But he learns quite a few things along the way, like that what he's become, it's been predicted, and he has a temple and stuff, given that he's a new god and all!

Josie has a very hard time in this book! Well, they both do! But hers is more of a physical hard time, because she meets the two who were missing, and not in a good way! She gets through it, but she is changed afterwards!

I think there's only one more book left in this series. Which is a bit sad, because combined, that'll be 9 full length books in this world. But these two will need some peace, given that they're going to be parents and all!

Loved this book so much, and I need to have the next book!