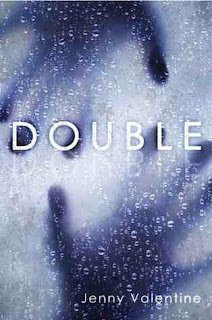 From Goodreads:
When the sixteen-year-old runaway Chap is mistaken for a missing boy named Cassiel, his life changes dramatically. Chap takes on Cassiel’s identity, gaining the family and friends he's always dreamed of having. But becoming someone else isn't as easy as he hoped—and Chap isn't the only one hiding a secret. As he teeters on the brink of discovery and begins to unravel the mystery behind Cassiel's disappearance, Chap realizes that he's in much deeper danger than he could have imagined.

After all, you can't just steal a life and expect to get away with it.

Award-winning author Jenny Valentine delivers an explosive mystery where dark secrets, betrayal, and loss pave the way for one teen's chance at redemption.

My Review:
I really enjoyed this book! It was creepy, interesting, and entertaining! It had quite the mystery, though it was more the questions hanging over Chap's head, then actually investigation, until the end, and wow, was that ending action packed!

There were 2 main mysteries in this book. What happened to Cassiel, and who Chap really is. And those mysteries were just so fun to learn about, as details came to light on both sides, understanding the why, and things making sense, that was just awesome!

The twists and the action at the end? I thoroughly enjoyed them, though it would've been a better book if the middle was a bit more high tension, the don't-move-a-muscle kind while still trying to have an ordinary life. Because then the twists at the end would have more impact, and yeah, just more going on!

I really enjoyed this book, I wish there'd been more tension, and more pages, but yeah, it was a pretty great book!