OK, so I got 17 posts in 7 days, so a pretty good week, with lots of great books read! What about you guys? Happy reading!

So this week I want to read Tristan's Escape and Rogue Belador. 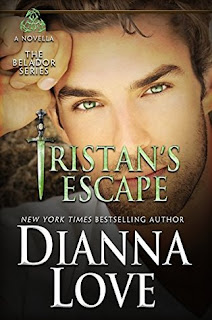 Holidays rate just above Tristan having his fingernails ripped off. He was a fool once over a woman, a human no less, and that little moment of insanity got him imprisoned for four long years. He's never had someone special to share s with and doubts he ever will, but December does matter to the other half-blood-Belador Alterants stuck alongside him on Treoir Island. To help his friends, Tristan has been secretly teleporting them to Atlanta for short visits. Sure, the Belador goddess warned him not to teleport in and out of Treoir's hidden realm without her permission, but she ranks below holidays for Tristan. Screw her. His secret trips are going great until Elaine "Mac" Mackenzie, the five-foot-six, red-haired genius Tristan vowed to pay back for the four years he lost, steps between Tristan and a powerful sorcerer with a deadly agenda. If Tristan exposes his preternatural abilities in the human world, he'll forfeit his freedom forever.

Saving her may destroy his world, but once he has Mac back in his arms, no one else is going to touch her. 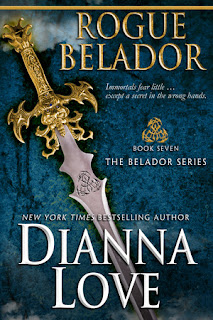 All of your favorite characters are back in Rogue Belador, book 7 of the bestselling Belador urban fantasy series by New York Times Bestseller Dianna Love.

Immortals fear little … except a secret in the wrong hands.

While searching for a way to save Brina of Treoir’s failing memories, Tzader Burke discovers someone who can help her if Tzader is willing to sneak into the heart of his enemy’s stronghold—TÅμr Medb. He’ll do anything to protect the woman he loves from becoming a mindless empty shell, but his decision could be the catalyst for an apocalyptic war. The deeper he digs for the truth, the more lies he uncovers that shake the very foundation of being a Belador and the future of his clan.

Tzader’s ready to execute his mission. Alone. But the minute his best friends Quinn and Evalle, plus her Skinwalker mate Storm, find out about his suicidal plan they organize a black ops team around him. While battling on every front, one secret surfaces that two immortal powers have spent thousands of years keeping buried. Tzader and his team have no choice but to fight for what they believe in, because the world as they know it is never going to be the same again.
Posted by Louisa @ Words I Write Crazy at 6:00 AM