Week 22 Review: The Here and Now 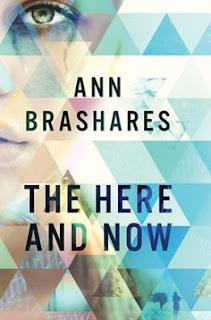 From Goodreads:
An unforgettable epic romantic thriller about a girl from the future who might be able to save the world . . . if she lets go of the one thing she's found to hold on to.

Follow the rules. Remember what happened. Never fall in love.

This is the story of seventeen-year-old Prenna James, who immigrated to New York when she was twelve. Except Prenna didn't come from a different country. She came from a different time—a future where a mosquito-borne illness has mutated into a pandemic, killing millions and leaving the world in ruins.

Prenna and the others who escaped to the present day must follow a strict set of rules: never reveal where they're from, never interfere with history, and never, ever be intimate with anyone outside their community. Prenna does as she's told, believing she can help prevent the plague that will one day ravage the earth.

But everything changes when Prenna falls for Ethan Jarves.

My Review:
This book was really awesome and weird! I really enjoyed reading it! I haven't read her big main series, but that totally doesn't matter because this is a stand alone book. Anyways. I really enjoyed this world of going back in time to escape a pretty horrible future!

The future that Prenna and the others left was awful, and they were right to want to change it. But their rules, they were just begging for someone to break them. And to put on these people the idea that if would be their fault if the plague happened, well, it already did, they're trying to change it. Gah! Well, they said they would, but leadership, man, are they controlling and awful and cowards!

That ending was so bittersweet! I mean, they made sure that her data wasn't lost, but she still was killed. But since it might have been Ethan who they had to keep from dying...yeah. But then there's the whole, different microbes/diseases, made for a not totally happy ending!

Honestly, I would rather either the book be longer, since it was just over 200 pages, and there could've been more story, so maybe there could've been a solution. Either that, or a sequel, so we could have much more, and definitely have a happier ending!