Week 24 Reviews: Finding Our Forever, No One But You, Until You Loved Me 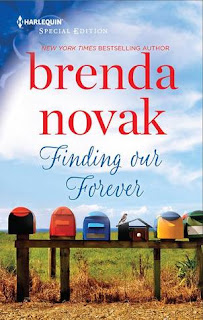 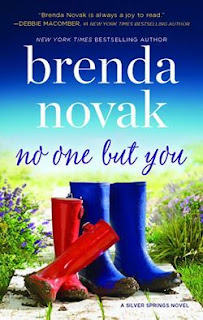 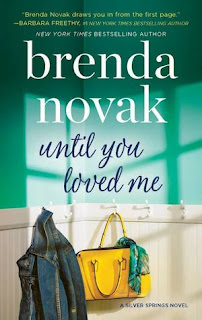 From Goodreads:
New York Times bestselling author Brenda Novak welcomes readers to the town of Silver Springs, where surprises wait around every corner!

The search for her birth mother brought Cora Kelly to the New Horizons Boys Ranch. Getting a job there was easy enough, but confiding in Aiyana, the ranch's owner, that she's really her daughter? Cora's not sure she can do that, not unless she's confident the news will be welcomed. And once she gets to know Elijah Turner--Aiyana's adopted son and ranch manager--that decision becomes even more difficult.


Although Elijah can't deny his deep attraction to Cora, he's always struggled with trust. Anyone with his past would, and there's something about the ranch's newest employee that isn't exactly as it seems. But if the feelings she awakes in his guarded heart are any indication, she might be just what he's long been waiting for.

From Goodreads:
New York Times bestselling author Brenda Novak welcomes you to Silver Springs, a picturesque small town in Southern California where even the hardest hearts can learn to love again

Struggling to make ends meet after a messy divorce, Sadie Harris is at the end of her tether. Her waitressing gig isn't enough to pay the bills let alone secure primary custody of her son, Jayden, a battle she refuses to lose. Desperate, she accepts a position assisting Dawson Reed the same Dawson Reed who recently stood trial for the murder of his adoptive parents. Joining him at his isolated farm seems risky, but Sadie is out of options.

Dawson has given small town Silver Springs plenty of reasons to be wary, but he's innocent of the charges against him. He wants to leave his painful past behind and fix up the family farm so he can finally bring his dependent sister home where she belongs.

As Sadie and Dawson's professional relationship grows into something undeniably personal, Sadie realizes there's more to Dawson than the bad boy everyone else see she has a good heart, one that might even be worth fighting for.

From Goodreads:
Sometimes starting over means finding everything you've been missing…

After catching her fiancé cheating—with another man–usually straight-laced, workaholic scientist Ellie Fisher liberates her wild side just long enough to indulge in a passionate one-night-stand with a tall, dark stranger she meets at a trendy Miami bar. Embarrassed by her recklessness, she ducks out the following morning without learning the guy's full name, something that shouldn't have been a problem…until a pregnancy test turns positive.

Being a professional football player, Hudson King has always been cautious around women. But this one had been different—so disinterested in his celebrity, so convincingly into him. When Ellie tracks him down, claiming she's carrying his baby, he's stunned. And more than a little betrayed.

But after growing up as an orphan, he'll do anything to stay involved in his child's life, so he urges Ellie to move to Silver Springs where they can co-parent. Hudson has a lot of love to give—certainly enough for his child, and when their initial spark reignites, perhaps for Ellie too…

My Review:
These books were just so sweet and amazing to read! And I kinda almost read them out out order! Because for some reason, while I downloaded Finding Our Forever from NetGalley, apparently I didn't open it, so I when I started reading No One But You, I thought that it was the first book! I realized what had happened when I was halfway through, and had to force myself away from it, but Finding Our Forever was both amazing and short, so I got back to it quickly!

The town of Silver Springs is small, and the one big connection besides being set there, is that all of these boys were a part of the New Horizons program. There were character overlap in these books, but mostly, they were specific to one group of characters. And they had different levels of intensity-Cora's mom, Sadie's ex, and Hudson's past, well, Sadie's ex was the worst!

These were contemporary books, so they were hit and miss with the romance-these characters would collide, but then something would pull them apart, again and again as they worked through their issues. But they did work through them, so they got happy endings! So yeah, really enjoyed that!

I just really enjoyed reading these books, and I can't wait for more of this series!

No One But You:

Until You Loved Me: