Week 24 Reviews: Bones Are Forever, Bones in Her Pocket, Bones of the Lost 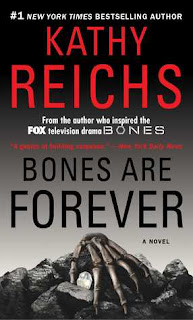 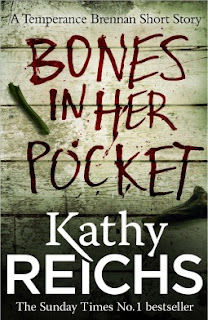 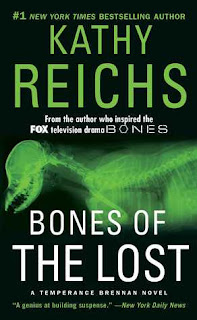 From Goodreads:
Dr Temperance Brennan is in unfamiliar territory as she races to learn the truth from the bones - before it's too late. A new, exclusive straight-to-digital short story from Kathy Reichs, world leading forensic anthropologist and No.1 bestselling author of Deja Dead, Bones Are Forever and Bones of the Lost.


Multi-million copy, international bestselling thriller writer Kathy Reichs is an expert in forensic science, giving her fiction an authenticity other crime writers would kill for.

I really enjoyed Bones Are Forever. It's horrible, how many babies were left to die, but it wasn't the mother's fault, she was simpler and manipulated by the bad guys. It was just awful how they used her! But the book visits my province's capital, so that was awesome!

Bones in Her Pocket, yeah, I'm a little confused with the timing and all because the same case is mentioned in both. And it brings up a pretty heart-wrenching subject-puppy farms. I love my doggies, and it hurts my heart to know that they exist! Glad that they took down this one!

I think Bones of the Lost is the first that has actual parts, Charlotte with the teen aged victim who was ran over, then Afghanistan dealing with a wrongful shooting case, then back to Charlotte. It turned out to be all connected, but they were physically apart! But oh, poor Ryan! Lily overdosing, yeah, that's a big change in the series! Poor guy!

Loved reading these books, and wow, I really need to read more!


Bones in Her Pocket:


Bones of the Lost: