Week 25 Review: Find You In the Dark 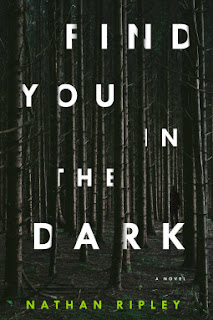 From Goodreads:
In this chilling debut thriller, in the vein of Dexter and The Talented Mr. Ripley, a family man obsessed with digging up the undiscovered remains of serial killer victims catches the attention of a murderer prowling the streets of Seattle.

Martin Reese is obsessed with murder.

For years, he has been illegally buying police files on serial killers and studying them in depth, using them as guides to find missing bodies. He doesn't take any souvenirs, just photos that he stores in an old laptop, and then he turns in the results to the police anonymously. Martin sees his work as a public service, a righting of wrongs that cops have continuously failed to do.

Detective Sandra Whittal sees it differently. On a meteoric rise in police ranks due to her case-closing efficiency, Whittal is suspicious of the mysterious caller—the Finder, she names him—leading the police to the bodies. Even if the Finder isn't the one leaving bodies behind, who's to say that he won't start soon?

On his latest dig, Martin searches for the first kill of Jason Shurn, the early 1990s murderer who may have been responsible for the disappearance of his sister-in-law, whom he never met. But when he arrives at the site, he finds a freshly killed body—a young and recently disappeared Seattle woman—lying among remains that were left there decades ago. Someone else knew where Jason Shurn buried his victims . . . and that someone isn't happy that Martin has been going around digging up his work.

When a crooked cop with a tenuous tie to Martin vanishes, Whittal begins to zero in on the Finder. Hunted by a real killer and by Whittal, Martin realizes that in order to escape the killer's trap, he may have to go deeper into the world of murder than he ever thought.

My Review:
I really enjoyed reading this book. It did take me a little bit to get into it, because it takes about 100 pages to get to the crooked cop disappearing, though there was a bit more to the story than that. in the beginning, Martin was coy with giving us readers information about what he was doing, even if the synopsis already told us. But once we got to the good stuff, things really got going!

I think that Martin was morally grey. Digging up murder victims does some good, the families get that bit of closure, but he doesn't do it for that. He does it to keep his darker urges in check, feeding them this. So it's not right, but it doesn't harm anyone.

One thing that I really loved, as a Canadian, is when they got directions to one of the serial killer's victim's bodies. But they were in the metric system, not imperial, so course the body wasn't where they were looking. That was a bit of cleverness on Martin's part, figuring that out. Of course, he had gotten a lot of practice in looking for clues from various recordings, and this one plain out gave the directions, which were very precise!

So in the end, I only have 2 questions. Who was the other body in the grave besides it's original inhabitant and the newest one? And where was Tinsley buried? Other then that, I'm satisfied, it ended on a good note!

This book was dark and thrilling and awesome!