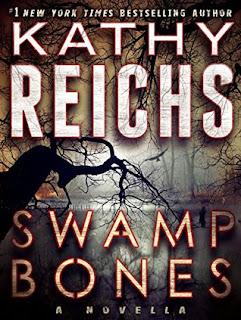 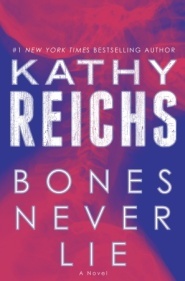 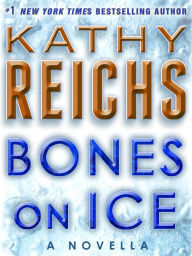 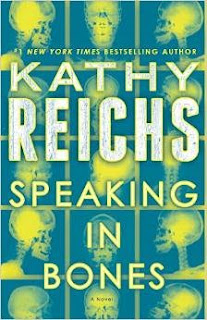 Although a trip to Florida is supposed to be about rest and relaxation, there's no such thing as a day off for Dr. Temperance Brennan. She has come to visit her friend, a dedicated ornithologist who's researching the threat that intrusive Burmese pythons pose to indigenous bird species in the Everglades. While sorting through the stomach of an eighteen-foot specimen, they make a disturbing discovery: bones that are unmistakably human. And when Tempe spots the telltale signs of murder by a very different kind of predator, she's drawn into a case with its roots in the darkest depths of the swamp.

From Goodreads:
In the acclaimed author's thrilling new novel, Brennan is at the top of her game in a battle of wits against the most monstrous adversary she has ever encountered.

Unexpectedly called in to the Charlotte PD's Cold Case Unit, Dr. Temperance Brennan wonders why she’s been asked to meet with a homicide cop who's a long way from his own jurisdiction. The shocking answer: Two child murders, separated by thousands of miles, have one thing in common—the killer. Years ago, Anique Pomerleau kidnapped and murdered a string of girls in Canada, then narrowly eluded capture. It was a devastating defeat for her pursuers, Brennan and police detective Andrew Ryan. Now, as if summoned from their nightmares, Pomerleau has resurfaced in the United States, linked to victims in Vermont and North Carolina. When another child is snatched, the reign of terror promises to continue—unless Brennan can rise to the challenge and make good on her second chance to stop a psychopath.

But Brennan will have to draw her bitter ex-partner out of exile, keep the local police and feds from one another's throats, and face more than just her own demons as she stalks the deadliest of predators into the darkest depths of madness.

From Goodreads:
Featuring a preview of the highly anticipated new thriller Speaking in Bones, this eBook original novella showcases #1 New York Times bestselling author Kathy Reichs at the peak of her powers. In Bones on Ice, forensic anthropologist Temperance Brennan gets wrapped up in the ultimate cold case: a death on Mount Everest.

It is called the "death zone": the point on Everest, nearly five miles high, above which a climber cannot be rescued. More than 250 souls have lost their lives there. Most of the bodies remain, abandoned, frozen in place. When an earthquake leads to a miraculous recovery, Dr. Temperance Brennan is hired to identify the frozen mummified human corpse. The victim is the daughter of a wealthy Charlotte couple who never got the chance to say goodbye. But far from offering solace and closure, Tempe's findings only provoke more questions. What happened on Mount Everest? Was the young woman's death an accident? Why aren't the other climbers talking? And how far will those hiding the truth go to make sure the past stays buried?

For every case Temperance Brennan has solved, there remain innumerable unidentified bodies in her lab. Information on some of these is available online, where amateur sleuths sometimes take a stab at solving cases.

One day, Tempe gets a call from Hazel "Lucky" Strike, a web sleuth who believes she's successfully connected a body in Tempe's lab to a missing persons report on an eighteen-year-old named Cora Teague. Since the bones in her lab do seem to match Cora's medical records, Tempe looks into the case, returning to the spot where the bones were originally found. What seems at first to be an isolated tragedy takes on a more sinister cast as Tempe uncovers two more sets of bones nearby.

When she then learns that the area is known as a viewing point for a famous unexplained light phenomenon with significance for a local cult, Tempe's suspicious turn to murder by ritual sacrifice—a theory thrown into question when Hazel herself turns up dead.

Still reeling from her mother's diagnosis and the shock of Andrew Ryan's potentially life-change proposal, Tempe races to solve the murders before the body count climbs further.

My Review:
Yeah! I've caught up to what's been currently been published! It took a while, since there are so many books in the series, but I made it! Yeah! A lot of wonderful books, and I can't wait to read the new ones as they come out! Because they have to come out!

Swamp Bones, yeah, the book creeped me out! Snakes, urgh! I bad that they were so good at overwhelming and changing a biology of a place that they needed to be hunted, or that they were made into clothing, but they still creep me out! Still a good book with a great mystery!

We got to meet Tempe's mom in Bones Never Lie, which was interesting. Sure, she's been mentioned previously in the series, but only of Tempe's past. I had thought she was dead, but I was wrong, and yeah, she was a very interesting character! Her use of the computer is beyond compare! The help that she provided was pretty key! She did have some ups and downs, and then in Speaking in Bones got engaged, and yeah, I hope she's in future books! She's awesome!

Bones Never Lie also tied back to the plot of Monday Mourning, the 3 bodies found beneath a pizza parlor. Because the killer who got away, her M.O. is popping up in a few cold cases-and with a recent kidnapping. What with the events of Bones of the Lost, this was a perfect opportunity to bring back Ryan from his mourning. It all came together really well! Sad ending, but it worked!

Bones on Ice, there was twist after twist! From who the body was, to the fact that she was murdered, plus all the interesting factoids about climbing Mount Everest, this story had a lot going for it! And that ending! I wish the bad guy could've been more punished, but oh, well!

Speaking in Bones, I really enjoyed the idea of amateurs working on cold cases. It helps the community, and means the cops could focus more on current crimes. The religion practiced by the presumed victim's family, yeah, it was really extreme and unlikeable. The ending worked!

One thing that I don't like, is that we didn't get to see Sidell with his new lady partner on a case in a book. They became partners at the end of the one where his previous partner was killed, and then since then, she was away on maternity leave, so we never actually saw them work together. And now we won't, given that he's retired and started that thing with Ryan. Even if they work together in the future, it won't be the same dynamics! Oh, well, it's an exciting venture for the two of them!

These books were so great, and I can't wait to continue reading this series!