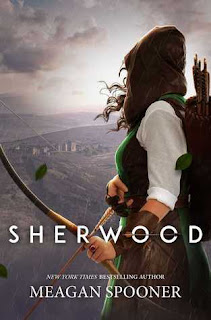 When news comes that he's fallen in battle at the King's side in the Holy Land, Maid Marian doesn’t know how she’ll go on. Betrothed to Robin, she was free to be herself, to flout the stifling rules of traditional society and share an equal voice with her beloved when it came to caring for the people of her land.

Now Marian is alone, with no voice of her own. The people of Locksley, persecuted by the Sheriff of Nottingham, are doomed to live in poverty or else face death by hanging. The dreadful Guy of Gisborne, the Sherriff’s right hand, wishes to step into Robin’s shoes as Lord of Locksley, and Marian’s fiancé. Society demands that she accept her fate, and watch helplessly as her people starve.

But all of Nottingham is crying out for a savior. So Marian must choose to make her own fate and become her own hero... 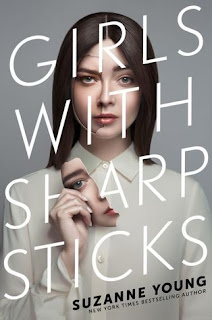 Girls With Sharp Sticks by Suzanne Young
Expected Publication: March 19th, 2019
From Goodreads:
Westworld meets The Handmaid’s Tale in this start to a thrilling, subversive near future series from New York Times bestselling author Suzanne Young about a girls-only private high school that is far more than it appears to be.

Some of the prettiest flowers have the sharpest thorns.

The Girls of Innovations Academy are beautiful and well-behaved—it says so on their report cards. Under the watchful gaze of their Guardian, they receive a well-rounded education that promises to make them better. Obedient girls, free from arrogance or defiance. Free from troublesome opinions or individual interests.

But the girls’ carefully controlled existence may not be quite as it appears. As Mena and her friends uncover the dark secrets of what’s actually happening there—and who they really are—the girls of Innovations Academy will learn to fight back.

Bringing the trademark plot twists and high-octane drama that made The Program a bestselling and award-winning series, Suzanne Young launches a new series that confronts some of today's most pressing ethical questions.

Yeah, two amazing books from authors I really enjoy, I can't wait to read these books! What about you guys? Happy reading!
Posted by Louisa @ Words I Write Crazy at 6:00 AM