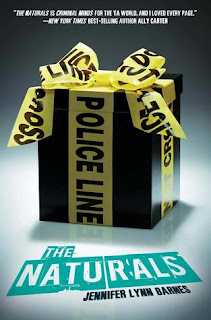 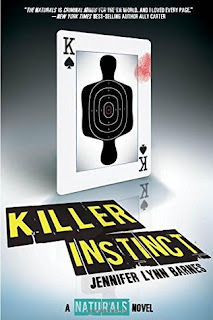 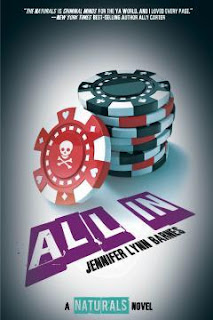 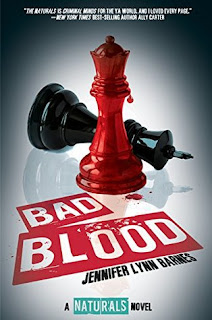 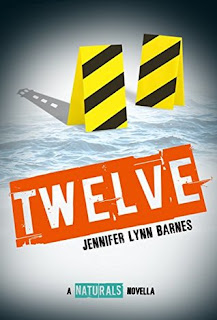 From Goodreads:
Seventeen-year-old Cassie Hobbes has a gift for profiling people. Her talent has landed her a spot in an elite FBI program for teens with innate crime-solving abilities, and into some harrowing situations. After barely escaping a confrontation with an unbalanced killer obsessed with her mother's murder, Cassie hopes she and the rest of the team can stick to solving cold cases from a distance.

But when victims of a brutal new serial killer start turning up, the Naturals are pulled into an active case that strikes too close to home: the killer is a perfect copycat of Dean's incarcerated father—a man he'd do anything to forget. Forced deeper into a murderer's psyche than ever before, will the Naturals be able to outsmart the enigmatic killer’s brutal mind games before this copycat twists them into his web for good?

With her trademark wit, brilliant plotting, and twists that no one will see coming, Jennifer Lynn Barnes will keep readers on the edge of their seats (and looking over their shoulders) as they race through the pages of this thrilling novel.

From Goodreads:
Cassie Hobbes has been working with the FBI since she was a teenager. Now twenty-three years old, she and her fellow Naturals have taken over running the program that taught them everything they know. As a unit, they're responsible for identifying new Naturals--and solving particularly impossible cases.

When their latest case brings back a ghost from their past, Cassie and the other Naturals find themselves racing against the clock--and reliving their own childhood traumas.

In a small, coastal town in Maine, there has been a rash of teen suicides--or at least, that's what the police believe. Mackenzie McBride, age twelve, thinks differently. Desperate to make herself heard, she stands at the top of a lighthouse, threatening to jump... unless the FBI agents who rescued her from a kidnapper at age six come to hear her out.

Enter the Naturals. It doesn't take Cassie long to realize that Mackenzie isn't bluffing: she truly is convinced that the suicides are murder, and she really will jump if she can't get the FBI to believe her. To the outside world, Mackenzie is nothing more than a traumatized child. But so was Cassie, once upon a time. So were Michael, Dean, Sloane, Lia, and Celine. With a storm rolling in off the ocean and Mackenzie's position becoming more precarious by the moment, the Naturals have very little time to get to the truth about the deaths--and about twelve-year-old Mackenzie McBride.

My first review of The Naturals, Killer Instinct, All In, Bad Blood, Twelve
My Review:
Yeah, I've bee on something of a rereading my favourites kick right now. So of course I had to read some Jennifer Lynn Barnes books! And given that I'd only read these books once each, and with a lot of time between them, well, I just had to read them again, back to back! And they were so freaking good!

The profiling that Cassie and Dean do, it's so interesting! That they can get so much from so few details, it's pretty incredible! Well, not the fact that that they had childhoods that demanded that they learn these skills, of course. But being able to do so, yeah, that's pretty cool.

All In and Bad Blood are the two books were the overreaching plot of the series really comes together. The idea of a serial killer cult that's been operating for over a century, yeah, that's pretty horrifying. All the people that were killed...

Loved this series so much, it's so fantastic, and I enjoyed it so much!