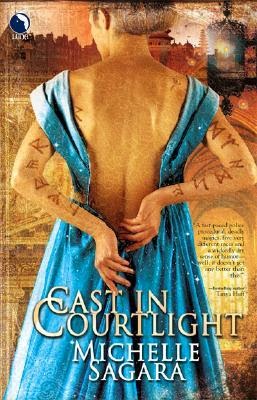 My Review:
Oh, such a freaking great book, we learned a lot more about the Barrani, but also about that night with Severn, and what he did, and yeah, there's a slow process of her forgiving him for what he did, because if he hadn't, well, things would've been very bad, for her, and for everyone, because of what the bad guy in Shadow wanted to do, in her childhood, and then.

Yeah, we really got to know more about the Barrani, their politics, a bit about Teela, and how she was a Lord of the High Court. Then there's the whole "the current High Lord and the Consort are going to pass on their burdens and die, and they will give them to their children, if they pass, but there's a huge problem" thing, that Kaylin is bought in.

Because the older brother, well, his True Name is held by the darkness that the High Court is there to fight, so if he was given the responsibility, then the darkness would rule, and that would be really bad. But the younger brother, well, first Kaylin was brought in to heal him. But he doesn't want to have the power. So basically, it's up to Kaylin to fix things. And she does, and it's pretty cool how she did that.

The whole trial that Kaylin and Severn go on to help, the one that if they pass, they become Lords of the High Court, that had both the dealing with the past, and Kaylin taking 2 True Names from the table that for the Consort is a lake, and yeah, that was pretty awesome.

I loved this book, I love this series, and I can't wait to read more!!!