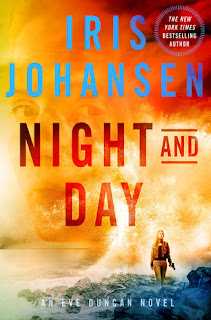 Iris Johansen's third book in her latest explosive trilogy starring forensic sculptor Eve Duncan takes readers on a high-energy adventure with Eve fighting to overcome the odds. Protecting Cara Delaney from the enemies who want her dead leads Eve to be their target. It will take everything she has to rescue Cara, and doing so will put that which is dearest to her at risk. Night and Day is the pulse-pounding race to a conclusion that will have readers on the edge of their seats. 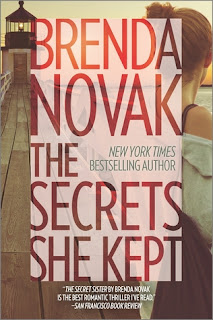 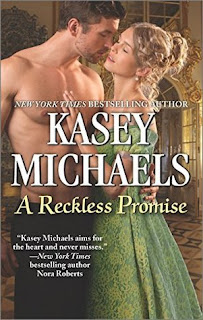 A Reckless Promise by Kasey Michaels
Expected Publication: July 26th, 2016
From Goodreads:
London's Little Season has never been so scandalous

It's the kind of vow often made on the battlefield. Darby Travers, Viscount Nailbourne, never imagines he'll have to honor it. Yet here she is on his doorstep—his late comrade's young daughter, and Darby's new ward. Worse, she comes with the most overprotective, mistrustful, bothersome chaperone—the child's aunt, Sadie Grace Boxer. Darby is quite sure that behind her lovely facade, the woman is guarding a secret.

Sadie Grace faced many trials working in her brother's surgery, but none prepared her for the world she's thrust into with his passing. Navigating the ton, with its endless ball gowns and parade of parties, is difficult enough, but hiding the truth about her niece while the sophisticated viscount watches her every move proves nearly impossible—particularly when his searing gaze tempts her to bare all. But when her family's past catches up with her, she'll have to trust in Darby…no matter the cost to her heart. 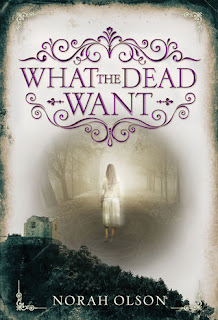 What the Dead Want by Norah Olson
Expected Publication: July 26th, 2016
From Goodreads:
16 -year-old Gretchen takes photographs to understand the world around her, a passion her mother Mona fostered and encouraged when she was still around. Since her mom disappeared years ago, Gretchen and her dad have lived on their own in New York City, haunted by Mona’s absence.

When Gretchen’s great aunt Esther calls unexpectedly to tell her that she has inherited the pre-Civil War mansion on her mother’s side of the family in upstate New York, Gretchen understands nothing except that her aunt needs her help. But what she finds there is beyond her imagination. The house is crumbling apart, filled with stacks of papers and journals from decades, even centuries past, and it’s crawling with rodents. It’s also full of secrets and a legacy of racism and violence so reprehensible that the ghosts of the past are exacting revenge on the living.

Somehow the mystery of Mona’s disappearance and the atrocities that happened on the land during the Civil War are inextricably intertwined, and it’s up to Gretchen to figure out how…before even more lives are lost.