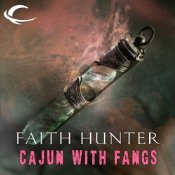 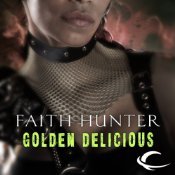 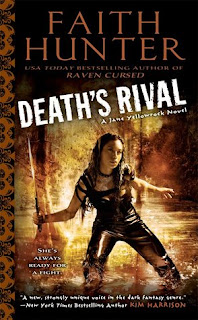 From Goodreads:
Jane Yellowrock has motorcycle trouble and pulls into Bayou Oiseau, hoping for help from a local motorcycle shop. Instead, she is drawn into a war between the local witches and the local, non-aligned vampires.

From Goodreads:
Rick LaFleur, former New Orleans undercover cop, now a black were-leopard stuck in human form, is at the PsyLED academy, training to become a special agent of the government agency that would, at one time, have preferred him to be dead, on a slab, and under autopsy. When he discovers that students have gone missing, he and his team go on the hunt to find out why.

From Goodreads:
Jane Yellowrock is a shapeshifting skinwalker you don't want to cross—especially if you're one of the undead…

For a vampire killer like Jane, having Leo Pellisier as a boss took some getting used to. But now, someone is out to take his place as Master Vampire of the city of New Orleans, and is not afraid to go through Jane to do it. After an attack that's tantamount to a war declaration, Leo knows his rival is both powerful and vicious, but Leo's not about to run scared. After all, he has Jane. But then, a plague strikes, one that takes down vampires and makes their masters easy prey.

My Review:
I just absolutely loved reading these books! Jane helping out with a very old feud between vampires and witches, Rick in PsyLED training, and Jane facing down a pretty big bad guy-one that she finds out, decimated the skinwalkers. Not pleasant! But she avenged them!

Brute displayed feelings of guilt in Golden Delicious, which Rick dismissed as not being there. But I'm not so sure. After all, he did have contact with an angel, and is permanently in wolf form. That's gotta change a guy!

I really enjoyed Death's Rival. It's when Jane finally flat out told the vampires that she wasn't human, and then had to shift in front of them, so they can more accurately guess what she is. So that was a big thing. Another is that Leo claimed full Enforcer rights, and forced it on Jane. Which wasn't easy and complicated by her shifts and Beast!

We also had some more of her memories. Just because the demon said so, doesn't make it true, because they only speak the truth when it hurts more, causes more chaos, or furthers their goals. So yeah, they got to avenge her dad. But I'm not sure if we got all the details of Jane's anger/why she won't leave something unfinished or not. Jane does, I'm pretty sure, but I don't think we do!

Loved the ending, and how it starts to set up for the next book, and I can't wait to read more!