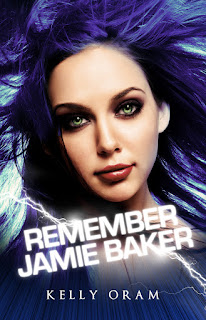 From Goodreads:
The explosive and long awaited conclusion to the Jamie Baker trilogy!

Plagued by memory loss, Jamie Baker searches high and low for the answers to who she is, where she comes from, and why she’s able to do things other humans can’t. A not-so-simple task when she’s hiding from the people responsible for her amnesia—an evil scientific research company that wants to capture her at any cost.

When Jamie’s quest for the truth reveals a devastating betrayal from the one person she thought she could trust, she’s forced to team up with a secret military organization in order to ensure her safety and stop Visticorp’s horrific human experimenting once and for all.

Teasers:
Teaser 1
"I call it my Me notebook. It’s everything I’ve learned about myself since my memory restarted.”

“Sarcastic, volatile, not a morning person, emotional, impatient…” Ryan laughed and held out his hand to me. “Give me your pen.”

“Why? What are you going to write?”

“I could add a million things to this list, but for now I’d settle even one positive personality trait. You’re always so pessimistic.”

I snorted. “Pessimistic is not a positive trait.”

“Just give me your pen before I have to add stubborn.”

I smirked as I held out the pen. “That one’s already on there.”

Teaser 2
He shook his head, chuckling and relaxing as his confidence grew. “You defend yourself when you have to, but you won’t torture me. You’re a hero type. A do-gooder. You’re always so worried about hurting people with your powers.”

I thought about his words and then grabbed his hands. Startled, he tried to pull back and glared when he couldn’t escape my iron grip. “What do you think you’re doing?”

I gave him my own evil smirk. “Guess you don’t know me as well as you thought you did.”

His eyes narrowed on mine, then snapped wide open. He glanced at my hands on his again. “You won’t,” he hissed, but his voice wasn’t so confident anymore.

“You’re right that I’m a do-gooder type. But I’m not as angelic as you think. I’m really more concerned with not hurting innocent people. You…eh…” I shrugged. “As long as you live, I’m okay with a little pain since it will get me what I need.”

Teaser 3
I gasped, shocked, and my eyes fell to his arm and the round scar I’d seen their earlier. A bullet wound. I looked at Ryan, and he surprised me even more by grinning. “That’s right, I took a bullet for you, babe.”

“You…” My voice trailed off as I tried to get a grip on the sudden swell of emotions raging inside me. Guilt, gratitude, horror…take your pick. I felt them all.

Ryan squeezed my hand. “That’s a good reason to promote a guy to boyfriend status, don’t you think?”

He was joking about this? He was shot, and he wanted to joke about our relationship? Was he for real?

“Don’t fall for it, Angel,” Johnny G teased. “It was barely a flesh wound. It didn’t even hit anything vital. I’ve been shot twice myself. It’s really not that bad.” 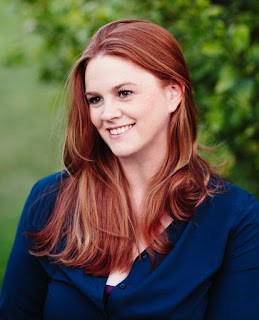 Bio:
Kelly Oram wrote her first novel at age fifteen—a fan fiction about her favorite music group, The Backstreet Boys, for which her family and friends still tease her. She's obsessed with reading, talks way too much, and likes to eat frosting by the spoonful. She lives outside of Phoenix, Arizona with her husband, four children, and her cat, Mr. Darcy.

Don't miss the latest news from Kelly Oram! Sign up for her newsletter to receive e-mail notifications for all of her new releases, events, sales, & giveaways. This is a monthly newsletter often with exclusive giveaways and freebies from some of her favorite authors.