OK, so I got 25 posts in 7 days, and yeah, it was a decent reading week where not too much happened that wasn't book related besides the premiere of the first episode of the final season of Game of Thrones. Which I enjoyed and can't wait for more! What about you guys? Happy reading!

So this week I want to read An Anatomy of Beasts, The Boy is Back, Cellar Door, Cop Town, Rising Darkness, Falling Light, and The Veil. 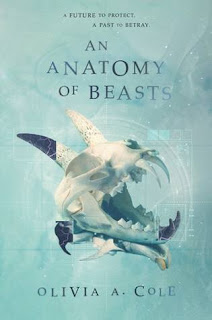 In the forty years since the Vagantur landed on Faloiv, the planet has existed in a tenuous peace between the humans who live in the enclosed community of N'Terra and the Faloii, the indigenous population. But after uncovering the shadowy secrets of the Council's newly elected leader and helping a kidnapped Faloii man escape, sixteen-year-old Octavia knows that conflict is looming. Her discovery of a separate population of humans—including her grandparents—only serves to show her how out of touch humans are with reality on Faloiv.

Then the Faloii discover the N'Terran's latest experiment: an artificially weaponized creature, and Octavia realizes that it's up to her to prevent her people from causing any further destruction. More determined than ever, Octavia and her friends set out to understand the scope of humanity's history. However, nothing can prepare them for the full weight of what they discover about both their home on Faloiv and the Origin planet. And as she learns to control her ability to communicate through the Artery, the network that connects everything on Faloiv, Octavia must act to change her people's future before the natural balance on the planet shifts forever. 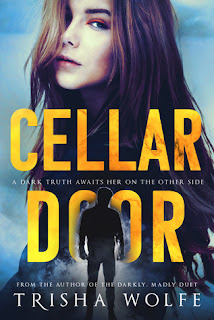 After witnessing a murder, Makenna Davies is abducted by the hooded vigilante, Luke Easton, and taken to his underground lair where she must unravel the mystery of her captor and the dark secret that entangles both their lives.

As a brutal killing rocks the city, Kate Murphy wonders if her first day on the police force will also be her last. For life is anything but easy in the male-dominated world of the Atlanta Police Department.

Kate isn't the only woman on the force who is finding things tough. Maggie Lawson followed her uncle and brother into the ranks to prove her worth in their cynical eyes.

When Maggie and Kate become partners, and are sidelined in the search for the city's cop killer, they decide to pursue their own line of investigation. But are they prepared to risk everything as they venture into the city's darkest heart? 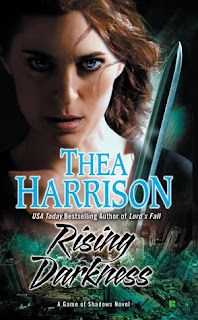 USA Today bestselling author Thea Harrison begins an all-new, darkly romantic paranormal saga, in which the fate of existence itself lies in the balance—and the key to victory may rest in the hands of two eternal lovers…

In the hospital ER where she works, Mary is used to chaos. But lately, every aspect of her life seems adrift. She’s feeling disconnected from herself. Voices appear in her head. And the vivid, disturbing dreams she's had all her life are becoming more intense. Then she meets Michael. He’s handsome, enigmatic and knows more than he can say. In his company, she slowly remembers the truth about herself…

Thousands of years ago, there were eight of them. The one called the Deceiver came to destroy the world, and the other seven followed to stop him. Reincarnated over and over, they carry on—and Mary finds herself drawn into the battle once again. And the more she learns, the more she realizes that Michael will go to any lengths to destroy the Deceiver.

Then she remembers who killed her during her last life, nine hundred years ago…Michael. 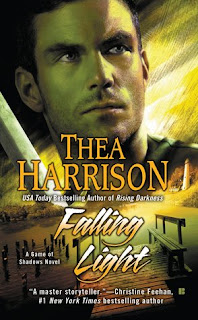 Having finally reunited, and fought off The Deceiver for now, Mary and Michael race up the Michigan peninsula to meet Astra before police forces catch up with them. But the closer they get, the less Mary is willing to trust a woman who by her own admission will do anything to finish The Deceiver – even if it means killing Michael and Mary to try again in another life. As they face their final battle unsure if they can trust either side, Michael's loyalties are tested, making him vulnerable just when Mary needs him most. 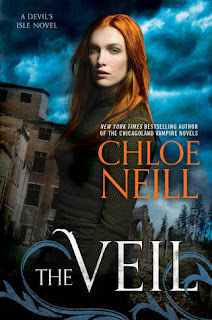 Seven years ago, the Veil that separates humanity from what lies beyond was torn apart, and New Orleans was engulfed in a supernatural war. Now, those with paranormal powers have been confined in a walled community that humans call the District. Those who live there call it Devil's Isle.

Claire Connolly is a good girl with a dangerous secret: she's a Sensitive, a human endowed with magic that seeped through the Veil. Claire knows that revealing her skills would mean being confined to Devil's Isle. Unfortunately, hiding her power has left her untrained and unfocused.

Liam Quinn knows from experience that magic makes monsters of the weak, and he has no time for a Sensitive with no control of her own strength. But when he sees Claire using her powers to save a human under attack—in full view of the French Quarter—Liam decides to bring her to Devil's Isle and the teacher she needs, even though getting her out of his way isn't the same as keeping her out of his head.

But when the Veil threatens to shatter completely, Claire and Liam must work together to stop it, or else New Orleans will burn…
Posted by Louisa @ Words I Write Crazy at 10:00 AM