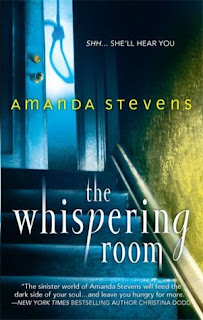 From Goodreads:
Work is a welcome refuge for New Orleans homicide detective Evangeline Theroux. Feeling suffocated by her new baby, in whose eyes she sees only her dead husband, she throws herself into a high-profile murder case. Reclusive writer Lena Saunders offers Evangeline a provocative theory about the crime: it is the work of a lunatic vigilante. Lena spins the sordid story of Ruth and Rebecca Lemay, whose mother brutally murdered her male children in an insane effort to root out an "evil" gene. The girls survived and grew to adulthood--but one is carrying on her mother's grisly work.

When the case takes a terrifyingly personal turn, Evangeline's whole life will depend on a crucial, impossible choice: the lesser of two evils.

There were a few things going on. There was the case with the lawyer who died by the snake bites. Then there was the guy who said lawyer got off of being imprisoned in a pretty major case. And there's the story of the Lemays and what their mother did to her sons. Not pretty!

I really enjoyed spending time with Evangeline, her life has been all over the place with the death of her husband, who never got to meet their son. And then to come back to this mess of a situation, well, she learned some rather unsettling truths about her husband and her life through the course of this book!

There was a bit of a romance, but it wasn't a main story arc, more of a part of the story with her relationship with the dude. Because boy did it get off on a bad foot, and get worse from there, before it got better! So great to read!

This book was such a great read! Loved it so much!