Random:
Laurie Faria Stolarz Author Page
We Have the Cover of Fever #11!!!!

OK, so I got 20 posts in 7 days, it was a shorter week, but yeah, some pretty great books and events, so I'm happy! What about you guys? Happy reading!

So this week I want to read The Art of Theft, Dead Girl Running, What Doesn't Kill Her, Strangers She Knows, Eliza and Her Monsters, Zenith, Nexus and We Set the Dark on Fire. 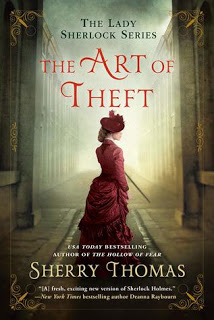 Charlotte Holmes, Lady Sherlock, is back solving new cases in the Victorian-set mystery series from the USA Today bestselling author of The Hollow of Fear.

As "Sherlock Holmes, consulting detective," Charlotte Holmes has solved murders and found missing individuals. But she has never stolen a priceless artwork—or rather, made away with the secrets hidden behind a much-coveted canvas.

But Mrs. Watson is desperate to help her old friend recover those secrets and Charlotte finds herself involved in a fever-paced scheme to infiltrate a glamorous Yuletide ball where the painting is one handshake away from being sold and the secrets a bare breath from exposure.

Her dear friend Lord Ingram, her sister Livia, Livia's admirer Stephen Marbleton—everyone pitches in to help and everyone has a grand time. But nothing about this adventure is what it seems and disaster is biding time on the grounds of a glittering French chateau, waiting only for Charlotte to make a single mistake... 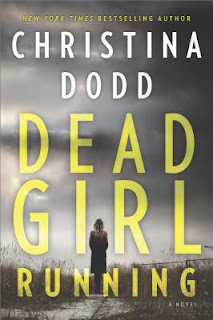 I have three confessions to make:
1. I've got the scar of gunshot on my forehead.
2. I don't remember an entire year of my life.
3. My name is Kellen Adams...and that's half a lie.

Girl running...from a year she can't remember, from a husband she prays is dead, from homelessness and fear. Tough, capable Kellen Adams takes a job as assistant manager of a remote vacation resort on the North Pacific Coast. There amid the towering storms and the lashing waves, she hopes to find sanctuary. But when she discovers a woman's dead and mutilated body, she's soon trying to keep her own secrets while investigating first one murder...then another.

Now every guest and employee is a suspect. Every friendly face a mask. Every kind word a lie. Kellen's driven to defend her job, her friends and the place she's come to call home. Yet she wonders--with the scar of a gunshot on her forehead and amnesia that leaves her unsure of her own past--could the killer be staring her in the face? 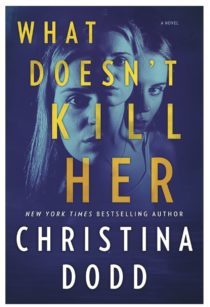 One secret, one nightmare, one lie. You guess which is which.

1. I have the scar of a gunshot on my forehead.

2. I have willfully misrepresented my identity to the US military.

3. I'm the new mother of a seven-year-old girl.

Kellen Adams suffers from a yearlong gap in her memory. A bullet to the brain will cause that. But she's discovering the truth, and what she learns changes her life, her confidence, her very self. She finds herself in the wilderness, on the run, unprepared, her enemies unknown—and she is carrying a priceless burden she must protect at all costs. The consequences of failure would break her. And Kellen Adams does not break. 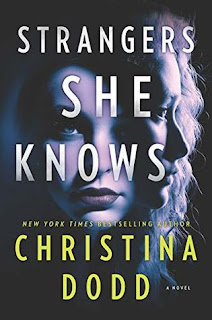 I have three deadly problems:
1. I've seriously offended a maniacal killer.
2. I just had a bullet removed from my brain.
3. My new daughter is growing up too fast--and she's in the line of fire.

Living on an obscure, technology-free island off California means safety from the murderer who hunts Kellen Adams and her new family.... Or does it? Family time becomes terror-time, and at last, alone, Kellen faces a killer playing a cruel game. Only one can survive, and Kellen knows who must win...and who must die. 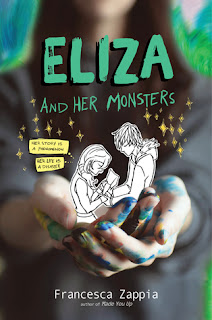 Her story is a phenomenon. Her life is a disaster.

In the real world, Eliza Mirk is shy, weird, and friendless. Online, she's LadyConstellation, the anonymous creator of the wildly popular webcomic Monstrous Sea. Eliza can't imagine enjoying the real world as much as she loves the online one, and she has no desire to try.

Then Wallace Warland, Monstrous Sea's biggest fanfiction writer, transfers to her school. Wallace thinks Eliza is just another fan, and as he draws her out of her shell, she begins to wonder if a life offline might be worthwhile.

But when Eliza's secret is accidentally shared with the world, everything she's built—her story, her relationship with Wallace, and even her sanity—begins to fall apart. 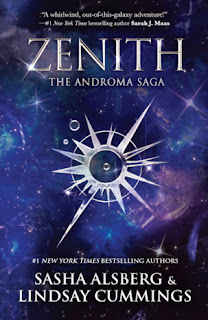 Known across the galaxy as the Bloody Baroness, Captain Androma Racella and her motley crew of space-bound privateers roam the Mirabel galaxy on the glass starship Marauder, taking what mercenary work they can find to stay alive.

When a routine job goes awry, the Marauder's all-girl crew find themselves placed at the mercy of a dangerous bounty hunter from Andi's past. Coerced into a life-threatening mission, and straight into the path of a shadowy ruler bent on revenge, Andi and her crew will either restore order to the ship—or start a war that will devour worlds. 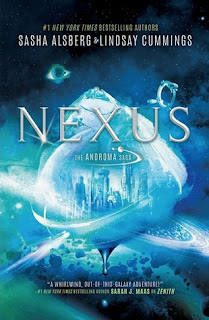 Return to the high-stakes, riveting world of The Androma Saga in this dazzling finale from #1 New York Times bestselling authors Sasha Alsberg and Lindsay Cummings.

With her crew captured and her ship a smoldering ruin, notorious mercenary Androma Racella is no longer the powerful Bloody Baroness, but a fugitive on the run. And with most of the galaxy now trapped under the mind control of the bloodthirsty Queen Nor, not even the farthest reaches of Mirabel can offer safety for the queen's most-hated adversary.

But Andi will risk anything, even her precious freedom, to save her crew. So when she finds herself stranded with bounty hunter Dextro Arez on the unforgiving ice planet of Solera, Andi seeks out the mysterious Arachnid, the one person who seems to be fighting back against the vicious queen…and uncovers the true, devastating reason for Nor's takeover.

Back on Andi's home planet of Arcardius, Nor's actions have made Mirabel vulnerable to invasion from an outside force. Now allying with her mortal enemy may be the only way for the Bloody Baroness to save the galaxy—even if that alliance demands the most wrenching sacrifice of all. 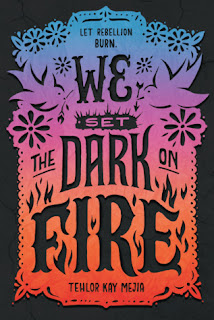 At the Medio School for Girls, distinguished young women are trained for one of two roles in their polarized society. Depending on her specialization, a graduate will one day run a husband's household or raise his children, but both are promised a life of comfort and luxury, far from the frequent political uprisings of the lower class. Daniela Vargas is the school's top student, but her bright future depends upon no one discovering her darkest secret—that her pedigree is a lie. Her parents sacrificed everything to obtain forged identification papers so Dani could rise above her station. Now that her marriage to an important politico's son is fast approaching, she must keep the truth hidden or be sent back to the fringes of society, where famine and poverty rule supreme.

On her graduation night, Dani seems to be in the clear, despite the surprises that unfold. But nothing prepares her for all the difficult choices she must make, especially when she is asked to spy for a resistance group desperately fighting to bring equality to Medio. Will Dani cling to the privilege her parents fought to win for her, or to give up everything she's strived for in pursuit of a free Medio—and a chance at a forbidden love?
Posted by Louisa @ Words I Write Crazy at 6:00 AM