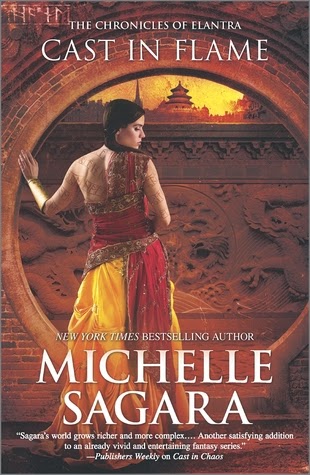 My Review:
I desperately wanted to read this book, I recently reread the whole series, and after that, I pretty much obsessively checked NetGalley for when this book was to be put up, for, oh, a good 2 months or so. So when it went up? I was pretty shriek-with-happiness for a good 10 minutes. And then I read this book. And loved it!

I had 2 favourite parts-the place that would become her home, and the ending. Why? Because of course the place that Kaylin and her growing posse-her familiar, the small dragon, Belluseo, would be very interesting, in that it had to meet dragon court approval, and still be affordable for Kaylin. Yeah, that was fun, if Kaylin not being too happy in the beginning, that first visit to a place, and demands were made.

The ending! The thing that I've wanted for a while, it happened, but not in the way that I'd expect it to, and in a way, it's not what I wanted, and what I wanted, I know we have to get, but that's going to be way later, because we got this. And honestly, I preferred this, but I still want to see what I originally wanted, for the same reason I wanted to see it in the first place!

The last line in the synopsis, "and it's not the only thing" for me, was a bit misleading because of the previous line, mainly "Castle Nightshade", I expected one thing, and I got something entirely, something that was mentioned all the way back to the beginning, in Shadow, and from that beginning, I wouldn't have expected what happened, but yeah, it did, and the world just got just that bit bigger!

Hints for the title of #11: It's 5 letters long spelled the american way (which it is) and it's not a tangible thing like this one, Flame, or Shadow, it's a mix between Peril, and Sorrow, it's something some people have. And what it's going to be about, because yeah, I want more on that situation, and I'm going to have to wait for this book!! Head, meet wall, for the duration of the wait for this most wanted book!

Yeah, I really, absolutely, completely loved this book, it was worth all the anticipation, and I can't wait for #11!!!