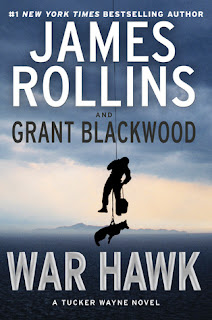 Tucker Wayne’s past and his present collide when a former army colleague comes to him for help. She's on the run from brutal assassins hunting her and her son. To keep them safe, Tucker must discover who killed a brilliant young idealist—a crime that leads back to the most powerful figures in the U.S. government. 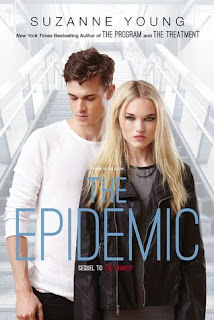 The Epidemic by Suzanne Young
Expected Publication: April 19th, 2016
From Goodreads:
Can one girl help others find closure by slipping into the identities of their loved ones? Find out in this riveting sequel to The Remedy and companion to the New York Times bestselling The Treatment and The Program.

In a world before The Program…

Quinlan McKee has spent her life acting as other people. She was a closer—a person hired to play the role of the recently deceased in order to give their families closure. Through this process, Quinn learned to read people and situations, even losing a bit of herself to do so. But she couldn’t have guessed how her last case would bring down her entire world.

The only person Quinn trusts is Deacon, her best friend and the love of her life. Except Deacon’s been keeping secrets of his one, so Quinn must set out alone to find Arthur Pritchard, the doctor who’s been trying to control her life. The journey brings Quinn to Arthur’s daughter, Virginia, who tells Quinn the truth about Pritchard’s motives. The former closer will start to see that she is the first step in fighting an epidemic.

But Quinlan doesn’t want to be a cure. And with all the lies surrounding her, she realizes she has no one left to rely on but herself—even if she doesn’t know who that is anymore. 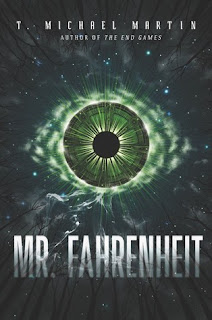 Mr. Fahrenheit by T. Michael Martin
Expected Publication: April 19th, 2016
From Goodreads:
Stephen King meets Super 8 (with some Friday Night Lights thrown in!) in this coming-of-age novel about a group of teens who witness a flying saucer approaching earth, from the author of The End Games.

Benji’s lived his whole life in the same sleepy midwestern town—the same town his father grew up in, and his grandfather. But he wants nothing more than to put his past in the rearview mirror as soon as he graduates high school. Benji yearns for a Moment—the Moment that will redeem and transform his ordinary life. The Moment that will propel him into a new, star-bright future.

Then one night, the Moment happens:

Benji and his tight group of friends—CR, Ellie, and Zeeko—accidentally shoot down a flying saucer in the local quarry. At Benji’s urging, they decide to keep it a secret and solve its mysteries on their own. But as they face threats both earthly and alien and old tensions among the friends surface, Benji begins to question whether this Moment is the miracle he’s always dreamed of—or a curse that could destroy them all.

A heart-stopping adventure, a tender romance, a smart exploration of ideas of memory and time—and a fond homage to UFO movies—Mr. Fahrenheit is another stunner from T. Michael Martin. 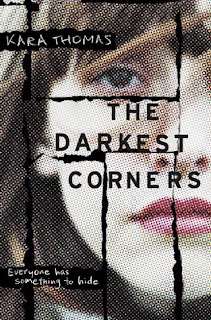 There are ghosts around every corner in Fayette, Pennsylvania. Tessa left when she was nine and has been trying ever since not to think about it after what happened there that last summer. Memories of things so dark will burn themselves into your mind if you let them.

Callie never left. She moved to another house, so she doesn’t have to walk those same halls, but then Callie always was the stronger one. She can handle staring into the faces of her demons—and if she parties hard enough, maybe one day they’ll disappear for good.

Tessa and Callie have never talked about what they saw that night. After the trial, Callie drifted and Tessa moved, and childhood friends just have a way of losing touch.

But ever since she left, Tessa has had questions. Things have never quite added up. And now she has to go back to Fayette—to Wyatt Stokes, sitting on death row; to Lori Cawley, Callie’s dead cousin; and to the one other person who may be hiding the truth.

Only the closer Tessa gets to the truth, the closer she gets to a killer—and this time, it won’t be so easy to run away.

Oh, these books! War Hawk and The Epidemic were so fantastic, and I want to read Mr. Fahrenheit and The Darkest Corners! What about you guys? Happy reading!
Posted by Louisa @ Words I Write Crazy at 6:00 AM