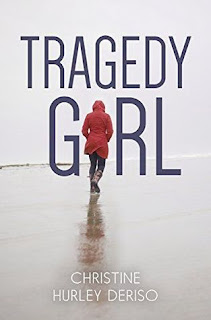 Tragedy Girl by Christine Hurley Deriso
Expected Publication: March 8th, 2016
From Goodreads:
Of course Anne would be drawn to Blake. He’s good looking, he’s friendly, and they both bring sob stories to the table: her parents died in a car wreck, his girlfriend, Cara, drowned. Of course Blake would understand what she’s gone through. And of course they can help each other work through the pain. It’s like it was meant to be.

But just as Anne starts to feel she’s finally found something good in all the tragedy, she can’t ignore signs that something’s off. Her friends rarely let her be alone with Blake. Even those closest to Blake seem uneasy around him. And then there are the rumors about the death of Cara, whose body was never recovered. Rumors that suggest Blake’s pain is hiding something darker than Anne can even begin to comprehend . . . 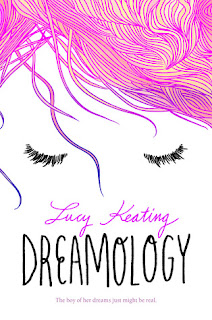 Dreamology by Lucy Keating
Expected Publication: March 12th, 2016
From Goodreads:
For as long as Alice can remember, she has dreamed of Max. Together they have traveled the world and fallen deliriously, hopelessly in love. Max is the boy of her dreams—and only her dreams. Because he doesn’t exist.

But when Alice walks into class on her first day at a new school, there he is. It turns out, though, that Real Max is nothing like Dream Max, and getting to know each other in reality isn’t as perfect as Alice always hoped.

When their dreams start to bleed dangerously into their waking hours, the pair realize that they might have to put an end to a lifetime of dreaming about each other. But when you fall in love in your dreams, can reality ever be enough? 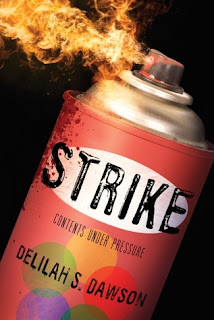 Time to strike back.

After faking her own death to escape her term as an indentured assassin for Valor Savings Bank, Patsy is on the run with her boyfriend, Wyatt. All she wants to do is go home, but that’s never going to happen—not as long as Valor’s out to get her and the people she loves.

Left with no good choices, Patsy’s only option is to meet with a mysterious group that calls itself the Citizens for Freedom.

But Patsy knows the CFF has a few secrets of their own. One thing is certain: they’ll do absolutely anything to complete their mission, no matter who’s standing in their way. Even if it’s Patsy herself.

These books! I want to read them so much, they look so great! What about you guys? Happy reading!
Posted by Louisa @ Words I Write Crazy at 6:00 AM