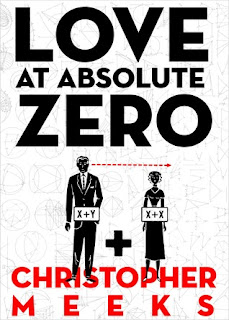 From Goodreads:
Love at Absolute Zero is about Gunnar Gunderson, a 32-year-old star physicist at the University of Wisconsin. The moment he’s given tenure at the university, he can think of only one thing: finding a wife. His research falters into what happens to matter near absolute zero (−459.67 °F), but he has an instant new plan. To meet his soul mate within three days—that’s what he wants and the time he can carve out—he will use the Scientific Method. Can Gunnar survive his quest?

My Review:
This was a really funny book! And I learned a bit about physics that will probably be helpful later in the course (I'm taking Physics 30, which is grade 12, right now, and it's pretty fun, we're doing energies and collisions and such. We just did 2 things moving at possible angles, hitting, and going off in angles and such. Lots of fun *wink*)

And the thought that love could be achieved in as little time as possible when it wasn't the top priority, well, like I said. Funny!

This was a great book, so you guys really need to check it out!!! 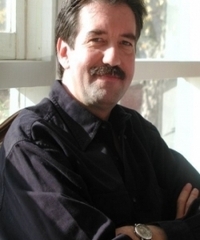 Bio:
Christopher Meeks began as a playwright and has had three plays produced. Who Lives? A Drama is published. His short stories have been published in Rosebud, The Clackamas Literary Review, The Santa Barbara Review, The Southern California Anthology, The Gander Review, and other journals and are available in two collections, The Middle-Aged Man and the Sea and Months and Seasons. He has two novels: The Brightest Moon of the Century, a story that Marc Schuster of Small Press Reviews describes as "a great and truly humane novel in the tradition of Charles Dickens and John Irving," and his new comic novel, Love At Absolute Zero.