OK, so I got 16 posts in 7 days, it was a bit of a slower week, but I just started an intense workout program that'll last another 3 weeks, and it's majorly tiring me out, so I'm sleeping a lot more and doing a lot less reading. But it's good for me! What about you guys? Happy reading!

So this week I want to read The Beholder, The Kingdom, and Sorcery of Thorns. 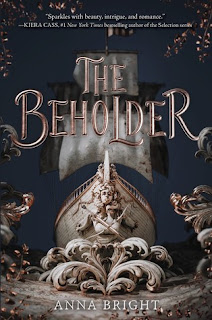 Selah has waited her whole life for a happily ever after. As the only daughter of the leader of Potomac, she knows her duty is to find the perfect match.

But after an excruciatingly public rejection, Selah's stepmother suggests an unthinkable solution: Selah must set sail across the Atlantic to visit a series of potential suitors—and if she doesn't come home engaged, she shouldn't come home at all.

From the gardens of England to the fjords of Norge, Selah's quest will be the journey of a lifetime. But her stepmother's schemes aren't the only secrets hiding belowdecks…and the stakes of her voyage may be higher than any happy ending.

Lush landscapes, dazzling romance, and captivating intrigue await in this stunning alternate historical YA debut—perfect for fans of The Selection or Caraval. 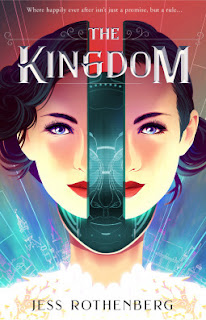 Welcome to the Kingdom… where 'Happily Ever After' isn't just a promise, but a rule.

Glimmering like a jewel behind its gateway, The Kingdom™ is an immersive fantasy theme park where guests soar on virtual dragons, castles loom like giants, and bioengineered species—formerly extinct—roam free.

Ana is one of seven Fantasists, beautiful "princesses" engineered to make dreams come true. When she meets park employee Owen, Ana begins to experience emotions beyond her programming including, for the first time… love.

But the fairytale becomes a nightmare when Ana is accused of murdering Owen, igniting the trial of the century. Through courtroom testimony, interviews, and Ana's memories of Owen, emerges a tale of love, lies, and cruelty—and what it truly means to be human. ` 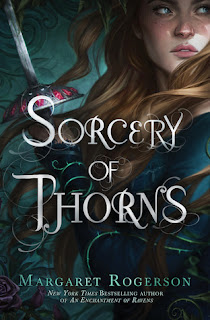 From the New York Times bestselling author of An Enchantment of Ravens comes an imaginative fantasy about an apprentice at a magical library who must battle a powerful sorcerer to save her kingdom.

All sorcerers are evil. Elisabeth has known that as long as she has known anything. Raised as a foundling in one of Austermeer's Great Libraries, Elisabeth has grown up among the tools of sorcery—magical grimoires that whisper on shelves and rattle beneath iron chains. If provoked, they transform into grotesque monsters of ink and leather. She hopes to become a warden, charged with protecting the kingdom from their power.

Then an act of sabotage releases the library's most dangerous grimoire. Elisabeth's desperate intervention implicates her in the crime, and she is torn from her home to face justice in the capital. With no one to turn to but her sworn enemy, the sorcerer Nathaniel Thorn, and his mysterious demonic servant, she finds herself entangled in a centuries-old conspiracy. Not only could the Great Libraries go up in flames, but the world along with them.

As her alliance with Nathaniel grows stronger, Elisabeth starts to question everything she's been taught—about sorcerers, about the libraries she loves, even about herself. For Elisabeth has a power she has never guessed, and a future she could never have imagined.
Posted by Louisa @ Words I Write Crazy at 6:00 AM