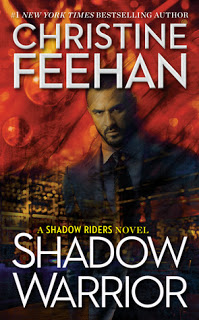 My Review:
I really enjoyed this book! Vittorio and Grace aren't my favourite couple, I don't like dominate/submissiveness unless I search it out (because I'm weird) and I didn't here. But I enjoyed reading more in this series with these characters!

The relationship with Emme and Val, or a lack of one given Val's overheard words, I think there's something going on there. But I'm wondering if he said those things not to hurt her, but to save her, that he knew she was listening, and that they had to break up for her protection or something.

Things between the Ferraros and the Saldis comes to a boil in this book. It's not boiling over yet-but it's very close. And that might be why Val would want to protect Emme. Given that his uncle and adopted father probably isn't behind it, but his other uncle, that would put him in a tricky position, since he's the heir to the family...

The whole story-line with Grace's former foster brother was pretty creepy. It was almost like he could've been a shadow rider, himself, the way that he got into spaces, and how he could blend. But in the end, he was a uncommon, but not shadow rider, villain.

It's been a long time since I've read the other books in this series, since there's been 1 a year for now 4 years now. So I'm not sure how much the other siblings have talked about the youngest who died. But there's a part in this book where Grace mentions that their mom doesn't want to seem vulnerable to her kids, and that could've played a part in what happened, as well.

This book was pretty fantastic and I can't wait for the next one!