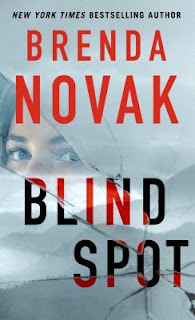 With Jasper Moore, the privileged boy who attacked her when she was only sixteen, finally caught and in prison, Dr. Evelyn Talbot, founder and head psychiatrist at Hanover House (a prison/research facility for psychopaths in remote Alaska), believes she can finally quit looking over her shoulder. She's safe, happier than she's ever been and expecting her first child. She's also planning to marry Amarok, her Alaska State Trooper love interest and the town's only police presence. But before the wedding can take place, a psychopath from the much more recent past comes out of nowhere and kidnaps her in broad daylight.

Instead of planning her wedding, Evelyn finds herself doing everything she can to survive, save her baby and devise some way to escape while Amarok races the clock to find her - before it's too late.

My Review:
Wow, man,this was a really fantastic! I was really itching to read this book, what with the first chapter of this book as a teaser in the back of Face Off. I just had to know what was going to happen next, who had her captive and why!

In this book, Evelyn is in a position with no power, being held hostage. Adding to the fact that she is having a high risk pregnancy, just ups the stakes. Of course Amarok is investigating and looking for them, but it's still high stakes!

There were so many tense moments! Because Evelyn is not one to just stand back and let things just happen to her, she has to take action. Which any captor wouldn't like. So yeah, there were many of those moments. Then there were the moments were wehre knew something, and Amarok was investigating and the possibility that he would learn the information that he needed...

With the end of this book, I don't think that there's any real lingering plot arcs. Well, I would've liked to see one thing. But this could be the end of the series, but there's always the potential for more books, because there's always more bad guys to face! Either way, I'd be satisfied!

Yeah, loved this book so much, and I would be fine either way, with more books or that this is the end of the series!