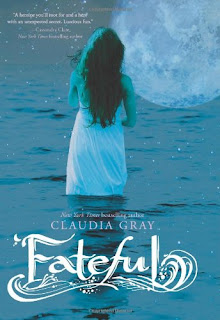 ﻿From Goodreads:
Eighteen-year-old maid Tess Davies is determined to escape the wealthy, troubled family she serves. It's 1912, and Tess has been trapped in the employ of the Lisles for years, amid painful memories and twisted secrets. But now the Lisle family is headed to America, with Tess in tow. Once the ship they're sailing on—the RMS Titanic—reaches its destination, Tess plans to strike out and create a new life for herself.

Her single-minded focus shatters when she meets Alec, a handsome first-class passenger who captivates her instantly. But Alec has secrets of his own. He's in a hurry to leave Europe, and whispers aboard the ship say it's because of the tragic end of his last affair with the French actress who died so gruesomely and so mysteriously. . . .


Soon Tess will learn just how dark Alec's past truly is. The danger they face is no ordinary enemy: werewolves exist and are stalking him—and now her, too. Her growing love for Alec will put Tess in mortal peril, and fate will do the same before their journey on the Titanic is over.

What a breath-taking book! I read this really quickly, I just wanted to know what was going to happen next! Just amazing, and that it takes place on the Titanic? Well, it's just spectacular! I really loved it, and I just wanted to read more! And while I've heard that there's currently no plans for a sequel, Claudia Gray apparently wants to explore the world that Fateful introduces, and I would absolutely love that! That'd be amazing!

I really enjoyed how the little bits worked with one another, and how the big things were a combination of all the small bits. Which lead to an ending that I almost didn't like, but the true ending, I loved! Made up for the almost not liking what I thought was the ending, so I'm really happy with that! It was such a great ending!

Loved this book, so go and check it out!